Old voters swing toward the future

I sure didn't want the Democratic nominee to be an old white guy. (That went for either of the possibles.) If I had my druthers, we'd have someone who looked more like our future than our past. But here we are. Do let's think about old people in our politics. 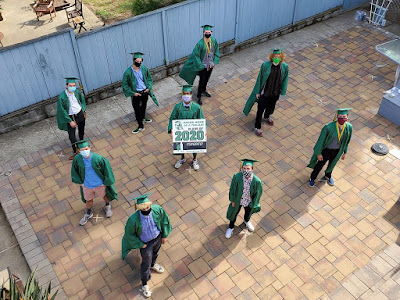 E.J. Dionne, a Washington Post pundit who is an old white guy himself, pointed out in one of this pandemic year's remote addresses to graduating students that old people have disproportionate political influence. All of us should get more out of government, but we, the old, have a firm grip on what there is.

Our public policies tilt toward the economic interests of older Americans. This imbalance must be righted lest an entire generation of Americans — your generation — be weighed down for the rest of its working life by the aftereffects of this moment.

Older people do well in the policy wars partly because they vote in large numbers (another incentive for young people to turn out). Our social insurance programs for older people, principally Medicare and Social Security, are not matched by similarly comprehensive protections for the middle-aged and the young. Also: Older people are wealthier, and our political system leans hard toward the haves over the have-nots.

He's telling the younger folks to get in there and push for what ought to theirs.

It's hard to overestimate how much influence older people have on voting outcomes in this country. Timothy Noah's statistics about who does the democracy thing are stark.

America’s upper governmental reaches are remarkably old—older, in fact than the much-mocked Soviet Politburo at the time of Leonid Brezhnev’s death, when its median age was a comparatively sprightly 71. There are a variety of reasons for this, including the aging of the Baby Boom and great health strides in recent decades for the over-70 set.

But the real determining factor, I think, is that the voting population is very, very old. In 2016, voters age 65 and older represented only 15 percent of the electorate but accounted for nearly 30 percent of all ballots cast, thanks to their 71 percent turnout. In 2020, this cohort will represent nearly one-quarter of the electorate—and consequently could account for one-third or more of all ballots.

The extraordinary influence of old people on election outcomes is not going to change unless participation from younger people increases. That's just a fact.

So let's be grateful that the electoral preferences of old white people seem to be changing. Current polling says we're done with Donald Trump. We don't want to be left to die off from a virus which he's fumbling to ignore. As of now, Joe Biden ahead by 6 points among old people of all races. By contrast, Hillary Clinton lost this age group by 13 percentage points in 2016.

And our numbers among the voters mean this can sink Trump; we'll be "at least a quarter of voters in 2020." We were slow to get it, but we're moving.
Posted by janinsanfran at 7:51 AM