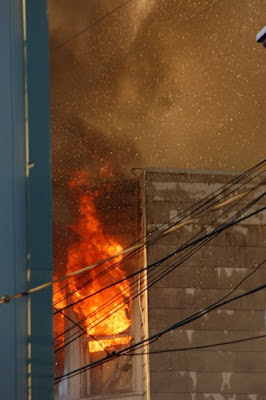 This was something you hope you never see in your neighborhood. Alerted by the sound of choppers overhead, we ran out from dinner to check out what was happening. 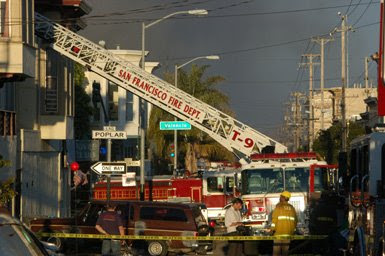 The center of the fire seemed to be on Poplar Alley, close to the corner of Valencia and 26th Street. The core Mission area is crisscrossed by these small alleys, only one car wide. Blocks of three and four story flats line the narrow streets. Some of San Francisco's cheaper rentals hide within. 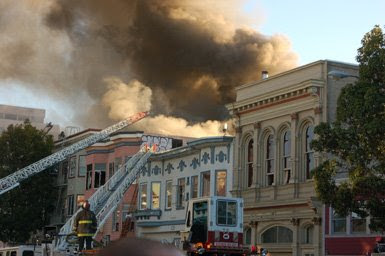 On the east, the Valencia, side of the fire, a tall cloud of black smoke rose from an invisible source. 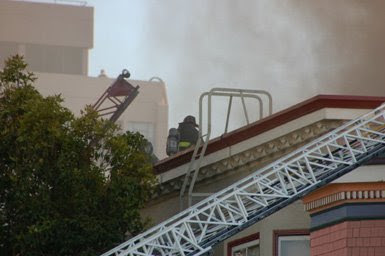 I could barely catch sight of a firefighter on the roof. 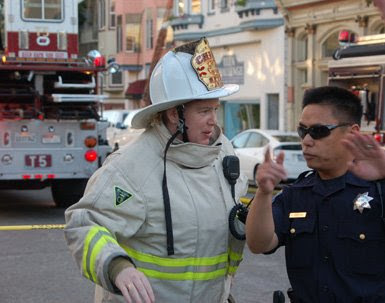 When we got to the scene, gawkers (ourselves included) crowded the area. The fire chief conferred with a cop about setting up a perimeter. 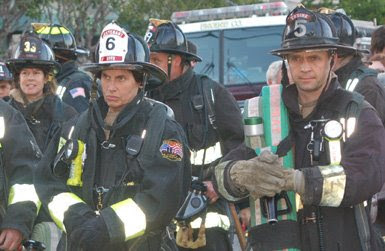 Meanwhile reinforcements waited to go in.

According to the San Francisco Chronicle, one firefighter was sent to the hospital to be treated for smoke inhalation. I would not be surprised if the fire made dozens homeless. The same article describes one 24-unit building as "ravaged."
Posted by janinsanfran at 9:16 PM