What the preacher said ... 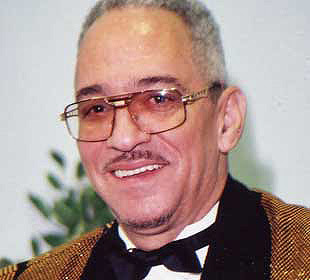 If you've been following the latest Democratic tempest in a tea pot, you know that the Rev. Jeremiah Wright said some things that Barack Obama felt he must "condemn." Wright has been Obama's pastor and friend for many years. The Chicago UCC minister has now resigned from Obama's African American Religious Leadership Committee.

But do you know what Wright said that has the right so upset? Here are some of his unacceptable opinions. I'd call these statements many adjectives: perhaps "gutsy," perhaps slightly "ill-considered" -- but most importantly, self-evidently true.

After 9/11, angry, frightened vengeful citizens, much abetted by right wing politicians and the Bush administration, demanded censorship and self-censorship from us all. Mostly we complied, stunned by the vehemence of the grief and anger we felt ourselves and in most around us. My friend Bob Wing wrote a prescient letter on September 14, 2001 that warned explicitly against one of Pastor Wright's phrases (those roosting-returning chickens...).

But shutting up about home truths didn't do anyone any good after 9/11. The Bush administration played on our emotions to justify their imperial wet dreams. And now the country is tied in for the long term to a war that is bankrupting us.

Shutting up about how the racially-defined underclass of African Americans and new immigrants are forced to live doesn't make injustice go away either.

And a lot of people know this. In breaking the story of Wright's words, ABC concluded with this comment which seems about right.

"I wouldn't call it radical. I call it being black in America," said one congregation member outside the church last Sunday.

***
One more thought about the Rev. Wright: I think what upsets white folks most about his sermons is perhaps even more the style of his delivery than the words. We aren't accustomed to seeing speakers vigorously declaiming, raising their voices, pounding the air for emphasis. He must be an angry black guy -- now there's a category we know and fear. And I guess that Obama guy must also be an angry black guy, even though he hides it so well ... Yes, the attempt of our white supremacist cultural arbiters to racialize Obama's image is working.

Posted by janinsanfran at 9:32 AM

I totally agreed with the minister and he was quite eloquent in his indignation over American hypocrisy. However, you have to be very careful about the Holy Day of 9/11, even now, because it's been so fetishized by American media for the last seven years that most people are simply reacting in the way they have been programmed.

So, even though the 9/11 widows have blunted a lot of the "you're an Islamofascist" knee-jerk reaction if one questions the Official Holy Narrative, it was always dangerous to be a prescient, wide-awake character when the Holy Event of Martyrdom was actually happening.

Jan, a note in haste but I will follow up. The Rev. John Thomas, head of the UCC (Obama's and Wright's denomination), has written a spectacular response to the whole brouhaha. A friend just read it to me over the phone. I have a link to it somewhere and am thinking of posting the whole text to my blog, not even just the link, because it is so good. Stay tuned. Must go deal with academic nonsense but will follow up later today.

I also posted the whole text, with a brief commentary, at Acts of Hope.