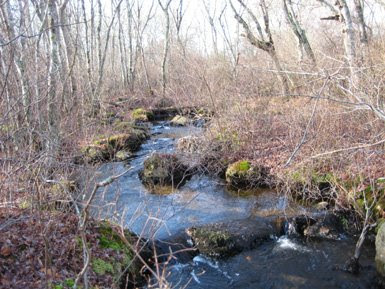 When I go on the road, I feed myself candy. My preferred confection consists of glossy, pseudo-macho travel magazines like National Geographic Adventure and Outside. I'm not going to be visiting any of the $600 a night eco-lodges featured in this genre, but for pure escapism while crammed on economy flights culpably belching carbon, they are a great pleasure.

In March, Outside published a "green issue." Along with the eco-lodges, a pleasant puff piece on the Udall cousins running for the Senate in Colorado and New Mexico as Western environmentalists, and some obligatory RFK Jr yarns, they ran the results of a reader poll. Here's one of many findings: Outside's respondents report the issue that will most determine their votes: Just for the heck of it, I thought I'd look at what broader surveys say about how voters rank national problems. Since various researchers ask slightly different questions, it is hard to be sure they are really eliciting comparable responses. Anyone interested can find a large sampling of reported data at the Problems and Priorities page at PollingReport.com. If I'm to believe the NBC News/Wall Street Journal Poll conducted March 7-10, 2008, most U.S. residents rank their concerns very differently than Outside readers. Asked "which one of these items do you think should be the top priority for the federal government," they came up with this ranking: That is, the percentage of people who prioritize what matters most to Outside readers is vanishingly small.

This is both understandable and scary. Global climate change is going to hammer everyone -- and the kind of folks who are worrying about whether they'll have a job and how to pay for gas are going to be less able to cope with its effects than the more affluent. But for now, it is the more affluent, the globe trotting adventurers, who seem able to grasp the necessity of changing human behavior to mitigate the instability we are causing the planet. That's not the constituency that can make change happen in a democracy. We're in trouble.
Posted by janinsanfran at 7:36 PM