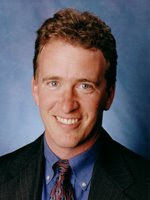 It certainly is heartening to read that attorney Thomas Burke, who assisted the ACLU on our no fly list lawsuit, is still bedeviling government spooks and cataloguers of suspected "terrorists."

Acting along with the San Francisco Lawyer's Committee for Civil Rights, Burke pressed a Freedom of Information Act (FOIA) case against the U.S. Treasury, seeking information about why various individuals couldn't get credit or open bank accounts and what the Office of Foreign Assets Control (OFAC) was doing with complaints.

Turns out the Treasury list is a lot like the no fly list: if you find yourself on it, you can't find out why you were listed and it is very difficult, if not impossible, to get off it. Moreover it is full of names of people who had done nothing to justify suspicion.

One man went into a Glen Burnie, Md., Toyota dealership to buy a car, only to be told that a name check revealed he was on a U.S. Treasury Department watchlist of suspected terrorists and drug dealers. He had to be "checked for tattoos," he said, to make sure he wasn't the suspect.

An 18-year-old found he could not open an account to accept credit card payments for his fledgling technology consulting business because his name was similar to that of a Libyan official on the watchlist.

A former U.S. Navy officer who served in the Persian Gulf and whose father was killed in the Korean War when he was a child, found himself locked out of his PayPal account because his name was similar to one on the watchlist. ...

Worse than being impeded in the first place, many of these people can't get their names off the list.

The approximately 100 documents that the lawyers' committee received this week "suggest that little if anything is being done by the government to help individuals who are wrongly linked by the government with illegal activity," said Thomas Burke, a San Francisco lawyer who took part in the suit.

Even when the department confirms that a business has mistakenly identified a customer as a terrorist, he said, "they don't do anything."

As with so many developments of our encroaching surveillance society, we'll only rein in the list makers if we're willing to keep after them. Way to go Tom.
Posted by janinsanfran at 7:57 PM