Mismeasurement and the economists 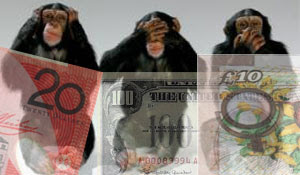 This stuns me though it may seem obscure. Felix Salmon, a Reuters finance blogger, highlights that the United States Bureau of Economic Analysis (BEA), the part of the Department of Commerce that collects data and issues statistical descriptions of how the economy is doing, was simply wrong by a huge amount when it first calculated what had happened to the domestic economy in the last quarter of 2008. The incoming Obama administration was told that GDP had declined by 3.8 percent. Subsequent "revisions" -- a normal feature of BEA practice as they assemble more data -- have concluded the fall was actually 8.9 percent.

This is Hurricane Katrina-level failure among the green eye shade crowd. If government leaders had known the actual picture more accurately, they might have made a more vigorous effort in the winter of 2009 to get us going again. Maybe. I also suspect that the truly smart ones probably knew they weren't getting good data, but the false picture robbed those who thought we needed a more drastic response of the intellectual ammunition they required to push harder.

Salmon explores structural reasons the BEA has become an unreliable source of information:

... the quality of statistics has been declining, and ... that the status of economists collating such statistics has been declining as well. Once upon a time, extremely well-regarded statisticians put lots of effort into building a system which could measure the economy in real time. Today, I can tell you exactly how many hot young economists dream of working for the BEA on tweaks to the GDP-measurement apparatus: zero.

I’m pessimistic that this is going to change. Putting together macroeconomic statistics is not a prestigious part of the economics profession any more, and government payscales are pretty meager compared to what good economists earn elsewhere.

Increasingly the economists in the government who craft the policy responses to macroeconomic developments are working on a GIGO (garbage in, garbage out) basis. ...

Statistical economists have fallen to the status of first grade teachers: essential to the general welfare but underpaid and scorned.
***
Paul Krugman has been lamenting the intellectual failings of his discipline on his blog.

I’ve never liked the notion of talking about economic “science” — it’s much too raw and imperfect a discipline to be paired casually with things like chemistry or biology, and in general when someone talks about economics as a science I immediately suspect that I’m hearing someone who doesn’t know that models are only models. Still, when I was younger I firmly believed that economics was a field that progressed over time, that every generation knew more than the generation before.

The question now is whether that’s still true. In 1971 it was clear that economists knew a lot that they hadn’t known in 1931. Is that clear when we compare 2011 with 1971? I think you can actually make the case that in important ways the profession knew more in 1971 than it does now.

Every time I read something like this, I am reminded of my own tiny brush with academic economics as an undergraduate in the 1960s. I wanted to understand how the world worked, so I enrolled in Econ 1, looking for a new way to think. But instead, I was asked to master manipulating (very simple) models that described nothing I'd ever observed around me. The only human activity that I'd seen that seemed to function at all as these models suggested was the amateur marijuana sales market. Perhaps that was the epitome of this "free market"? So I went back to studying history, absorbed what I know of economic thought through The Worldly Philosophers, a bit of Marx, a dose of Samir Amin, and other economic historians, and wondered just what these econ guys thought they were doing.

It's scary to read a winner of the Nobel prize in economics having similar thoughts from within the profession.
Posted by janinsanfran at 7:09 AM