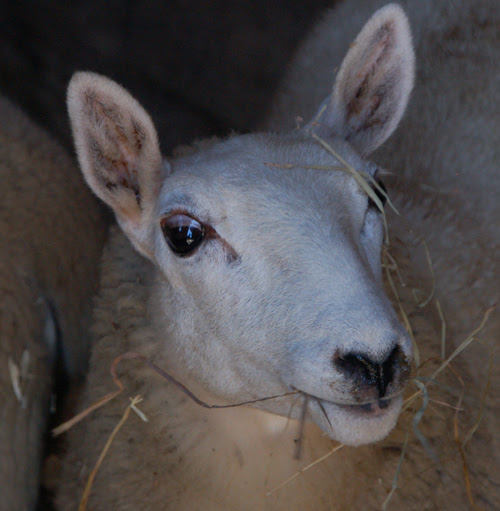 You have to admire the ingenuity.

In Carlisle, Pennsylvania, students at two local schools will be greeted this fall by something unusual on the grounds: sheep. Rather than spend money on cutting grass, the Carlisle School District has brought in 7 Romney sheep to tend the fields. “They’ve done a good job so far,” says Superintendent John Friend.

The sheep come free of charge, since they belong to the principal of the middle school. Friend estimates that they will save the district about $15,000 this year in mowing costs. That makes up for only a small amount of the district’s $2 million reduction in state support following what has been described as Pennsylvania’s deepest education budget cuts in a generation.

Cuts, cuts, everywhere cuts -- in education, they amount to cutting the future.

If you have any interest in the future of higher education in this country, I cannot recommend too highly The Washington Monthly's college features. There's a lot to read; the features are totally worth exploring.

Email ThisBlogThis!Share to TwitterShare to FacebookShare to Pinterest
Labels: education

Sacred Heart Schools in Atherton has had goats for several years. Students held a contest to name the first two. One was named Donna, in honor of my partner's mother.

City of Seattle has rented goats (Rent A Ruminant) for several years to clear off steep hills.

It's a smart thing to do and makes for great filler on TV news.

I think that is a great idea. I would like to talk my hubby into getting goats for our backyard so they can eat our grass.

Sorry, that link above was missing the l at the end.

The comments removed were duplicates.

Everyone should follow Dr. X's link which is a hoot. In fact, I'll make it clickable here.