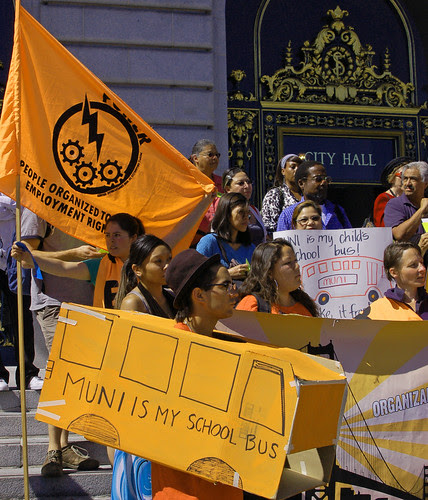 Young people joined their parents and politicians yesterday on the steps of San Francisco City Hall to demand free bus passes for youth. With the school district forced by state austerity measures to cut its school bus service by 50 percent -- and with Muni (the local transit agency) raising youth fares 110 percent since July 2009 -- transportation costs have become one more hurdle in the way of low income families and families of color getting a good education for their kids. As the young guy's mock-up in the picture says, "Muni is my school bus." 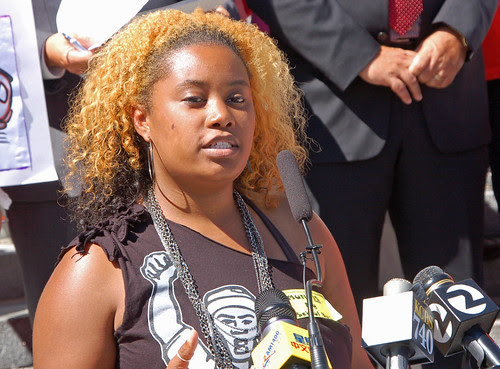 Yeshan Banks from the community organization POWER introduced a parade of speakers. 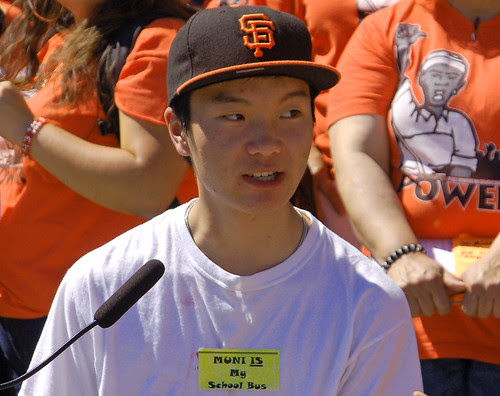 James Ng, a recent graduate of the public schools and a youth leader at the Chinatown Community Development Center, spoke of his dependence on Muni throughout high school. "I love Muni -- but it costs too much." 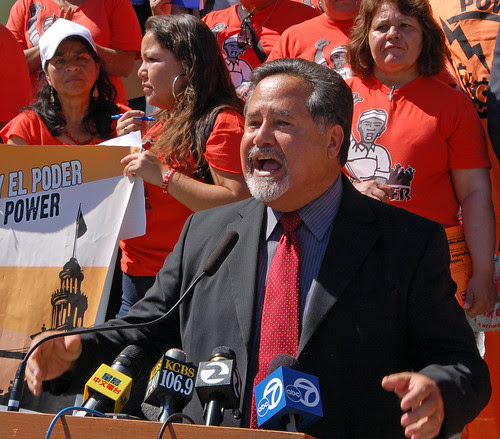 And this wasn't just kids agitating for pie in the sky. School Superintendent Carlos Garcia pointed out what may be invisible to people who don't live here: not all San Franciscans are well-off. Over 60 percent of children in the schools are eligible for free or reduced price lunches; families genuinely struggle with transportation costs. 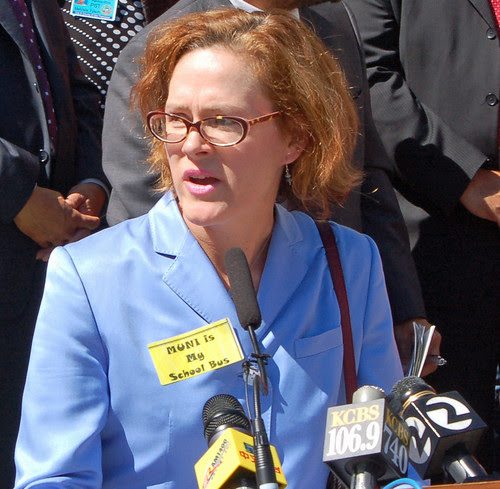 Thea Selby from the Transit Riders Union and a public school parent herself drew out the implications of a free youth bus pass: students who ride public buses to school will absorb the necessary lesson and gift of urban living in the 21st century: we don't have to choke ourselves and the planet on oil fumes in individually owned autos. 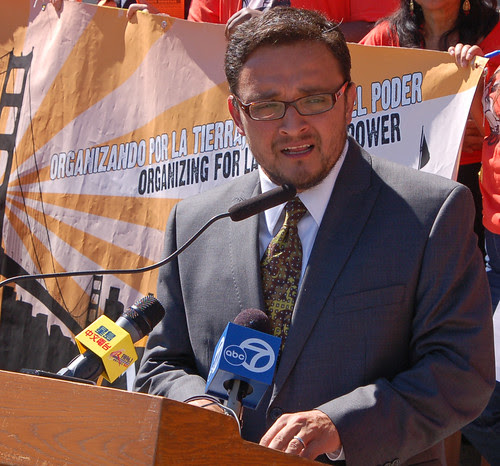 And Supervisor David Campos has a plan to pay for it. He is building cooperation between multiple city and county agencies, the Feds, and private interests to squeeze out funds for a pilot offering of a free Youth Fast Pass. So far Supervisors Avalos, Cohen, Kim, Mar and Mirkarimi have signed on. He points out that Portland Oregon and New York City have versions of this program. Campos insisted: "San Francisco likes to think of itself as a city that can get things done. We need to prove that by approving the free Youth Pass." 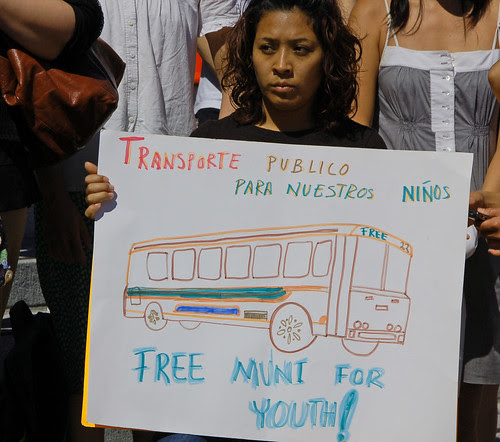 Full disclosure: I serve on the volunteer board of POWER and am proud to work with this imaginative community group.
Posted by janinsanfran at 8:52 AM