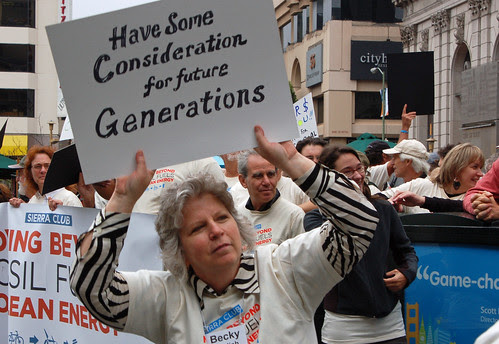 Last Saturday, all over the world, people brought together by climate change campaigners from 350.org, along with a host of partners, got concerned people moving in 2000 local actions in 180 countries. That ubiquitous number -- 350 parts per million of carbon dioxide -- is what scientists think is the level to which we must return the planet if we are to enjoy climate equilibrium in conditions anything like what human life has evolved within. On the right column of this blog is a counter that updates the earth's current CO2 level; as I write it reads 390 -- vast human-induced changes are accelerating. 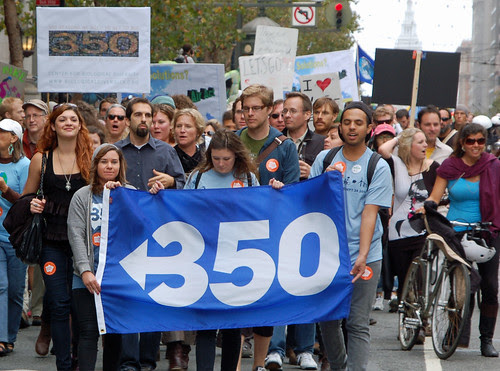 In San Francisco about 600 people marched and cycled down Market Street to a rally in Civic Center. I followed my standard practice at demonstrations: I'll attend either the march or the rally, but I usually can't hack both. So this report is from the march -- the crowd was swelling, though still smallish when we got to rally site. 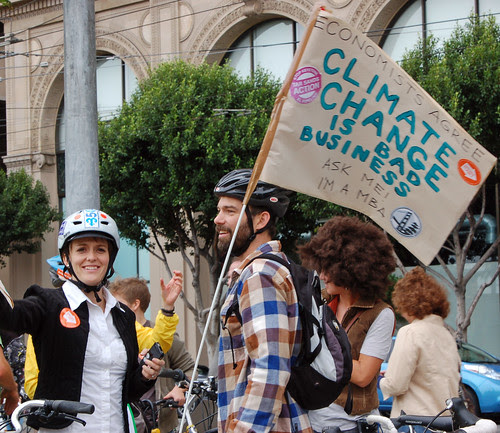 The Moving Planet web site proclaims "we'll ... be delivering a clear and strong set of demands." You can read the demands at the link. They seem smart and necessary. I'm not sure the demands were obvious to an uninitiated observer on Saturday. Within the march, people made their own statements, some more ingenious than others. 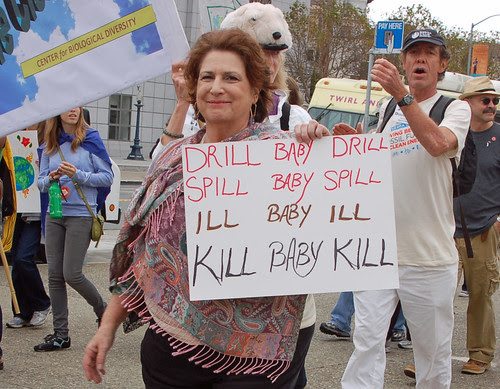 She's had enough of some of the oil companies' friends sillier themes. I give demonstrators high marks for passion and authenticity when people make their own signs. On the other hand, you don't get "message discipline" when everybody does their own thing. Does that matter? Sure -- if the main intent is to communicate. But there are other possible and even necessary objectives in an event like this ... 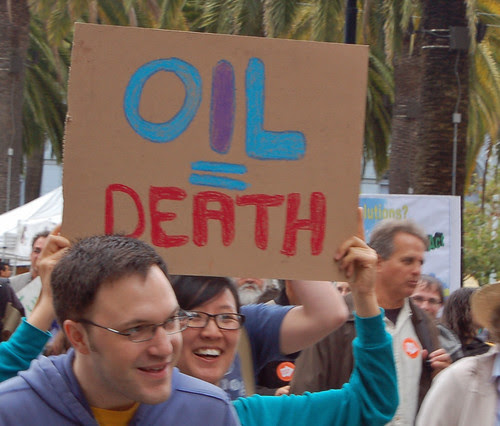 Proclaiming awful truths, as this woman is doing, would seem to be a necessarily somber activity -- but doing it in the company of others quite universally brings out good cheer. 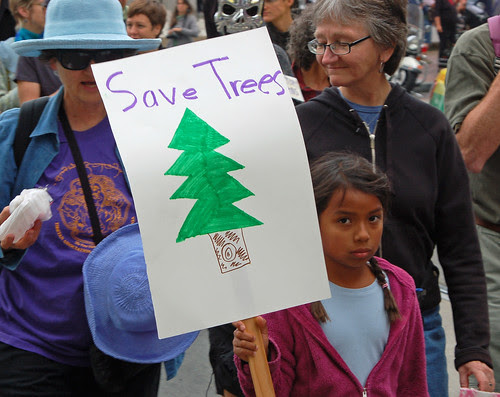 Some messages were simply heartfelt. 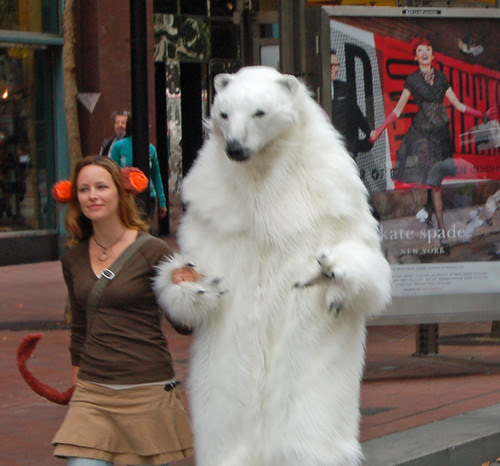 Other messages seemed a little obscure -- presumably this was a statement about how melting arctic seas are destroying the conditions polar bears need to survive. 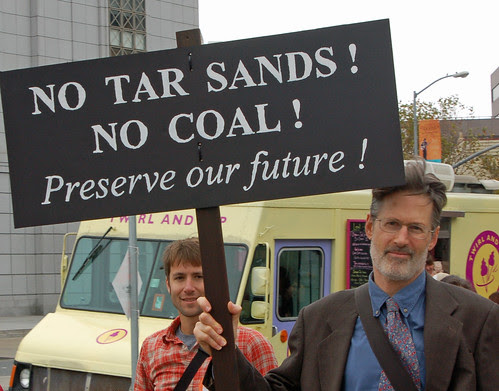 This gentleman is probably in the message business, one way or another.

And so, do little demonstrations like this do any good? Most clearly, they inspirit their participants and that presumably gives the popular movement for better climate policies more energy and hope. That has to be good.

A few weeks ago, one of my friends wrote in response to one of these "Warming Wednesday" posts that "It may be too late for a mass movement ..." I'm not going to argue with that. But human beings allowed the way we organize ourselves to make this mess, so we're going to have to use the same sort of faculties to work our way out of it if we can. That demands energy and hope as well as understanding and fear -- so there's some value to keeping marching and demanding a better path.
Posted by janinsanfran at 6:25 AM