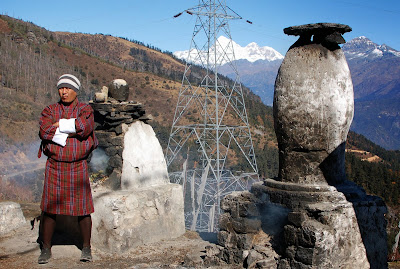 A friend suggested that I might want to look into a website called Priceonomics.com. She was right. The business of the site seems to be crawling the web for data and selling the results; their blog is a potpourri of odd and less odd factoids collected along the way. It's fun for a stats geek.

I was particularly struck by a posting that reports: Only 4% of Languages Are Used Online. The author became aware that his Egyptian friends largely used Latin characters on the web rather than Arabic letters. Arabic is in no danger of erasure by technological change, but the web does "endanger" many less widely used tongues.

But thousands of other languages may never make the leap into the digital age. A full 96% of the world’s 6,000+ languages appear to be dead when it comes to use on cell phones, laptops, and tablets, meaning that the Internet could be to languages what a certain comet was to the dinosaurs.

…Linguists note the extinction of languages with some pessimism: around 2,500 out of 7,000 languages spoken today are endangered. But the picture [mathematical linguist András] Kornai emerges with is much more alarming. Only about 170 languages, or 2%, are vital or thriving online. Another 140 (1.7%) are borderline cases. The remaining 96% (over 6,000) are still or “digitally dead.” And in Kornai’s opinion, given the prerequisites of a strong publishing infrastructure that includes technical tools to make it possible to use a language on digital devices and broad use by the younger generation, those 6,000+ languages have no hope of making the leap into the digital future.

This fit with some of what I saw on my recent trip to Bhutan. Dzongkha, the national language of Bhutan, is just the sort of language that gets left out of the international discourse on the web. According to an article in the Wikipedia, on Wikipedia, only about 160,000 of the Bhutanese are native speakers; the other 540,000 have other home tongues. Though Dzongkha is required for official business and is used for self-consciously Bhutanese culture (see this artist, for example), the language of instruction in the schools is English. English serves to bridge language gaps between Bhutanese and also with their large, sometimes culturally encroaching, neighbor India. And English is easily used on the web.

Bhutan is one of the those countries which is leaping much of the industrial age to move directly into the digital one. Instead of installing the wiring for telephone communication, they've gone straight to ubiquitous cell phone coverage. People don't listen to radio; because so many have electricity, a byproduct of the national export of hydropower to India, they've gone straight to television and computers.

One member of our group suggested that her elementary school teacher daughter's third grade class might make good pen pals for Bhutanese students. She had to be politely told that the children would have to use email; land postal service is an expensive relic of another time, barely known outside the capital. But schools seem to be wired. And our guide explained that one third of Bhutanese are in some kind of educational program. When he graduated 20 years ago, Bhutan had 43 graduates from college that year. Now 3000 complete college annually. These young people, and every shop keeper and professional and business person, are all online; most likely in English.

Bhutan aims to retain much of its traditional culture while adapting and succeeding in a very different present. Language will be an issue and could be a stumbling block …
Posted by janinsanfran at 7:04 AM

Email ThisBlogThis!Share to TwitterShare to FacebookShare to Pinterest
Labels: Bhutan

Here in my part of the West, a lot of the tribes are bringing back their language as part of their culture. Might happen there too in the future.

Actually, it might be more like the Dutch, who cling to their impossible-to-pronounce language while routinely learning three or four others fluently, especially English, to communicate with the rest of the world.

When in Sweden I thought about the wealth of culture contained in Scandanavian languages that is opaque to me.
The loss of language diversity is indeed sad. And we have crippled ourselves as a nation, too, by being mostly monolingual.