Tis the season of East Armpit 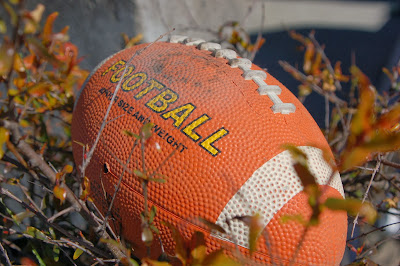 Today it begins, one of my favorite times of the year, the 10 days or so days of minor football "bowl" games, many between squads from colleges I've barely heard of. Around our house, we call these the East Armpit bowls -- when the young gladiators from good old EA take on the boys from West Instep for gridiron glory on TV, all sponsored by outfits with names like Beef 'O' Brady, Franklin American Mortgage, and TaxSlayer.com.

I'll be trying to get at least a glimpse of all of them, not anticipating seeing scintillating football, though that too occasionally turns up. I agree with what Bill Connelly explained at SBNation:

… what you're looking for early in bowl season is motivation, energy, and interesting back stories.

The schools that get this TV exposure are required to have won at least six games over the past regular season. When the bowl organizers have a choice (some match ups are determined by contractual arrangements with various football conferences), they pick the available team most likely to turn out some paying fans. However in the early part of the Armpit season, a lot will take place in nearly empty stadiums.

Nine college teams had the six victories that would have qualified their program for the fun and profit, but weren't selected for any bowl: Central Michigan, Florida Atlantic, San Jose State University, South Alabama, Texas State, Troy, and University of Louisiana-Monroe. One had a 7-5 record: Toledo. The Western Kentucky Hilltoppers went 8-4, but no post season for them. The last two teams both defeated Navy, whose bowl against Mississippi State is is reckoned the "least watchable" of the lot by SBNation's panel.

Most of these excluded schools (and many included ones) help fund their football teams by serving as patsies for major football powers; Oklahoma, Baylor, Michigan, Auburn, Miami, Missouri and Stanford fattened their records on some of these. This feature of college football economics, scheduling for losses and profit, makes total season "records" a weak measure of success among equally matched teams.

The Institute for Diversity and Ethics in Sport (TIDES) issues an annual report card [pdf] on graduation rates at bowl bound schools. Though football "student athletes" do eventually graduate in higher numbers than racially matched non-athletes, there's still a big success gap between blacks and whites. At least some of these young men are getting something out of all this besides concussions. Meanwhile, I enjoy my guilty pleasure.
Posted by janinsanfran at 5:00 AM