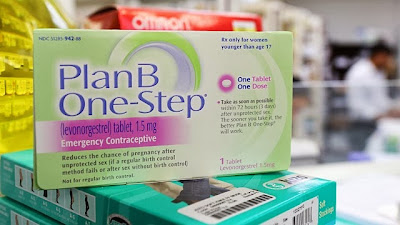 This floored me. I know that patterns of past poverty and racial discrimination can do intractable damage to the life chances of many individuals. Who your family is and how well off they were can make or break you. But apparently that truism even applies to the efficacy of some drugs!

Huh? Well … the emergency contraceptive pill, "Plan B," has a well-documented record of safely working for women in Europe. Last spring, after a long fight with medical advocates and losing a court ruling that held the drug is a safe medical intervention, the Obama administration allowed this pharmaceutical to be sold over the counter to U.S. teenagers.

But it turns out the drug isn't going to work for a lot of young women.

After years of fighting to make Plan B available without a prescription to girls of any age, the discouraging announcement that Norlevo, a European drug identical to Plan B, loses effectiveness in women who weigh more than 165 pounds and is completely ineffective for women who weigh more than 176 pounds, casts a dark shadow on what was previously celebrated as a victory for women’s health and empowerment. The racial and economic disparities of those who can benefit from Plan B turn out to be much starker than previously understood.

Which girls are most likely to weigh above the limit of the drug's effectiveness? That's right: those who are poor, black and brown. Cohen explains that

Being heavy often is a mark of past and current poverty in this country. Even chemicals can seem to conspire against you.
Posted by janinsanfran at 5:00 AM