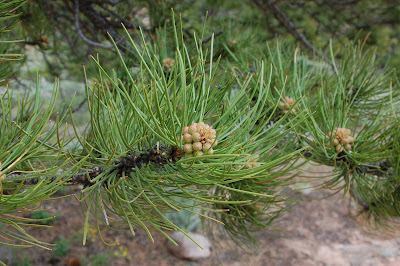 It's happening. Reportedly supplies of the ubiquitous Christmas evergreen are falling as a consequence of rapid global warming.

The first report of Christmas tree shortages has arrived, with Fox News 44 reporting that tree crops in both Vermont and New Hampshire have been seriously compromised this year following an unexpected early heat wave in March and a summer of flash floods.

Though the young trees — some growing for a few years — had been able to withstand the warmer temperatures in late winter, they were unable to hold up to the subsequent flooding in the summer, tree farmer Bob White told the station. “It probably took out as much as half the farm,” he said. “You get used to 20, 30 years of how everything works, and now you don’t know anymore.”

… Most farmers said the death of trees wouldn’t reflect in Christmas tree prices this year, but the loss had left some farmers saying they wouldn’t replant. So even though the full-grown trees are still widely available, the crop set to be fully matured six to 10 years from now might be at risk.

Climate instability means tree farmers no longer know what to expect and consequently will leave the dicey business if they can.

“At this time of year, choosing a real Christmas tree is one way that an average person can make a difference in terms of climate change,” Springer says. “A study as recent as 2009 (Ellipsos) concluded that a 7-foot cut tree’s impact on climate is 60 percent less than a 7-foot artificial tree used for six years. So while cut trees are not carbon-neutral, in terms of carbon-use, they are better than artificial trees.”

We've decided we have to forego a tree altogether this year; Morty the cat is an inveterate, uncontrollable climber. A tree wouldn't last long. But I'll be sad if we're coming into a time when this indulgence in northern European winter rites is entirely replaced with plastic.
Posted by janinsanfran at 7:15 AM

We stopped doing a tree some years back because we both had allergies to the fir and always felt bad after it had been in the house a few days. We never bought an artificial one as it sort of seemed like what was the point even though they look good.

I live where they start harvesting them early in November and I can only imagine what shape the will be in by Christmas Day. I don't think they are suffering as much as the bigger trees with the changes. This fall we saw yellow all over the roads from dropped needles on mature trees. It was something we'd never seen before. A lot of trees have died from various issues. The terrain will change a lot in a few years, I expect.

Me too. I hate those plastic trees. I mean, what's the point. We got a small tree and a wreath, because the grandkids are here and are, of course, very conservative about Christmas.