Republicans who expect their new tax bill to be popular may be in for a surprise. Taxpayers won't really know what hit them -- or didn't -- until tax season 2019. Our 2017 taxes will have to be figured out and paid under the old rules. It's only the following year that the changes will kick in. What will we observe then?

Not exactly a ringing endorsement of a tax cut there.

The thing is, those were the answers we gave in February 2010 after then-President Obama insisted in his State of the Union speech that 95 percent of working families had received a tax cut by way of the economic stimulus bill.

And he wasn't lying. According to Politifact:

Under the stimulus bill, single workers got $400, and working couples got $800.

Nonetheless, a very substantial majority believed either their taxes had gone up or nothing had happened. We don't like taxes, we don't like to think about them, we find the process of calculating our tax burden impenetrable (and it is), and for many, taxes always feel as if they are to going up, even when they are not.

The Republican tax bill is massively unpopular now, because the only specific that people have understood about it is that it's benefits go mostly to corporations and people who are already very rich. In particular, even though the President says differently, most of us understand it to will funnel millions to the Trump family.

And meanwhile, 73 percent of us still think we ought to be able to see Trump's tax returns. The Cheato still refuses to release them, so there is no reason to believe his claim that this law he wanted so much isn't a big gift to his own bottom line. 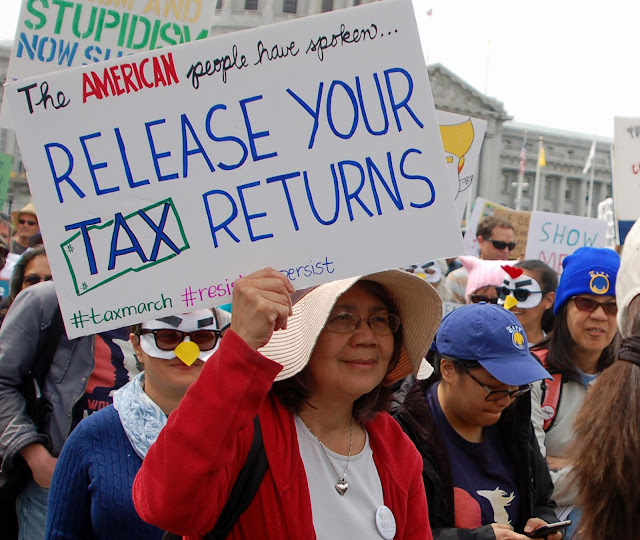