Heart-lifing signs for a winter day 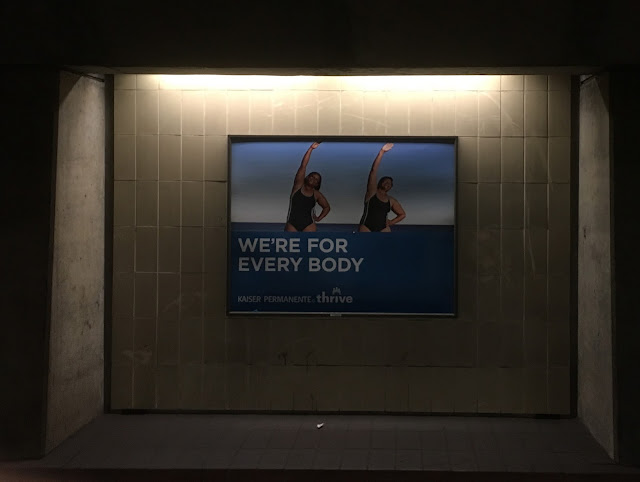 Seen in the bowels of public transit this morning. The HMO where I am lucky enough to have insurance is doing the right thing for itself and others, again.

And why was this retiree out early on BART? I was on my way to join others at immigration court to support a bail hearing for one of the many snatched up by ICE (Trump's "deportation force"). But so many people turned out, I didn't get in. There was no more room in the court room or waiting room for all the well-wishers. That's what defending as many as possible should look like. A good morning, indeed.

Resistance to the Trump/Republican drive to deport our neighbors is remarkably broad and strong. According to a Public Policy institute of California survey issued today:

Posted by janinsanfran at 9:59 AM