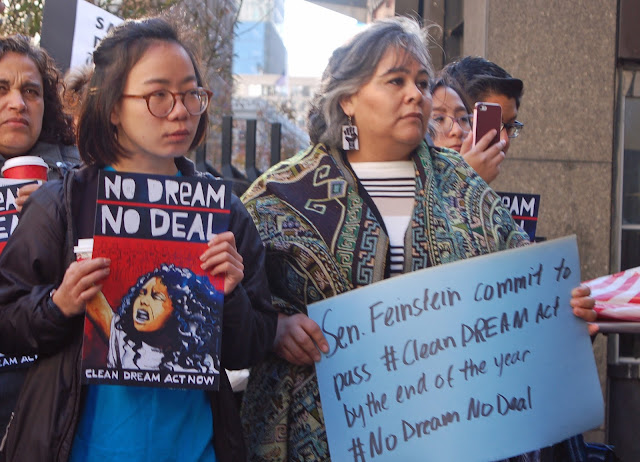 DREAMERS and allies led the mobilization. The senator's local staff say she wants to help, but she is not willing to shut down the government. Yet since Democrats are outnumbered in both House and Senate, drastic action is the only way to pass a remedy for President Trump's decision to kill the temporary legal status created for young undocumented persons who have grown up here. 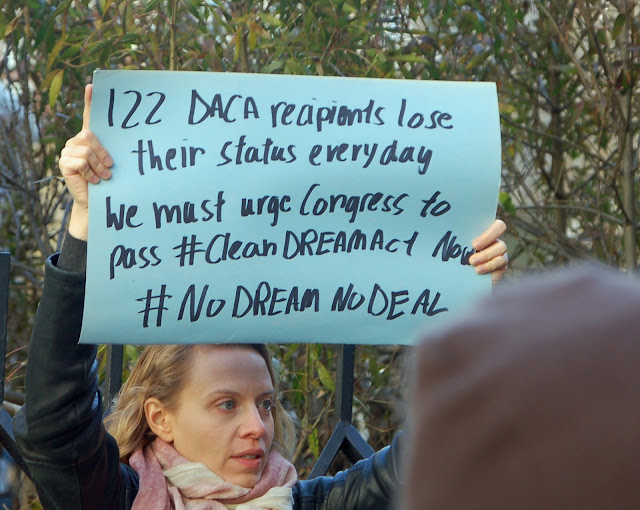 Every day, people who did nothing wrong are being ripped from the only lives they have known. 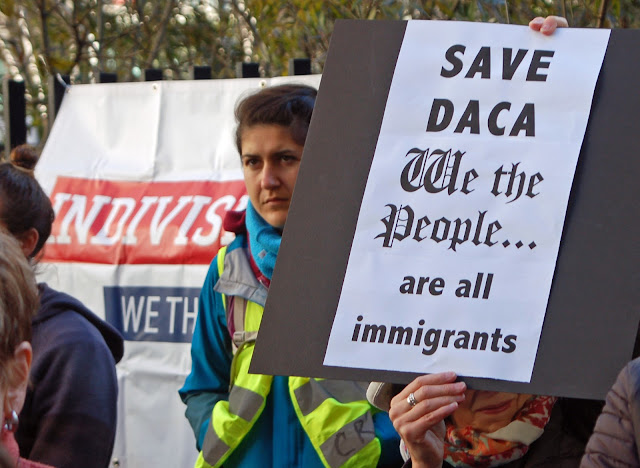 Posted by janinsanfran at 11:20 AM