Come to the Agricultural Fair 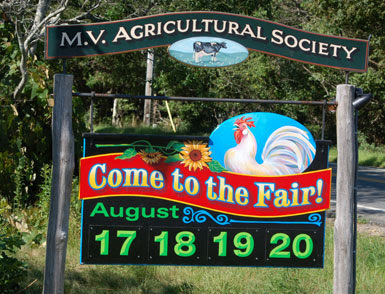 Martha's Vineyard, in addition to being a beach playground and rich folks retreat, really does still have substantial farming. Many residents hope to keep it that way. The Martha's Vineyard Agricultural Society holds its annual fair at the grounds in West Tisbury to showcase island produce and craft/art objects. 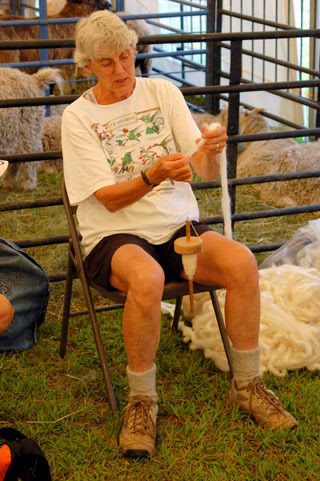 Most of the craft items seemed a little tacky, though the practitioners were working some skilled magic. Here is a demonstration of the use of a drop spindle. 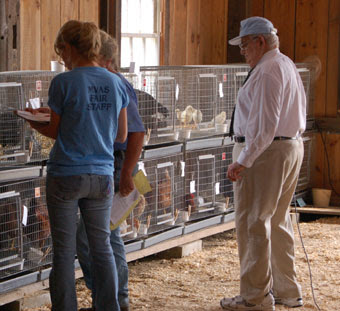 Chickens, rabbits and other livestock are carefully judged. So are the food stuffs -- beans, corn, and the royalty of local produce, Island grown tomatoes -- but I don't have pictures. You can see some of these here. The highlight of this year's fair, for me, was Andrew Rice's exhibition of shearing fleece from animals, in this case baby angora goats. To cut off their coats, he uses an array of tools... 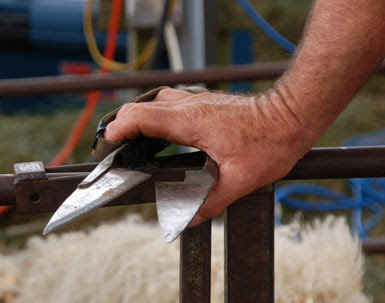 Shears were long the standard. 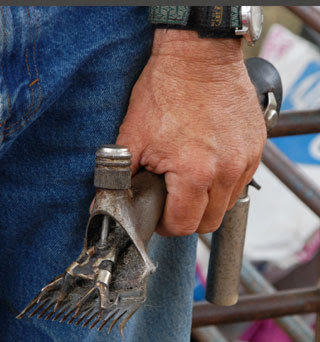 But pros now use electric clippers. Rice says that if you want to hear an animal owner howl, just knick a sheep. The critters themselves heal quickly if pricked, but he almost never makes that mistake. 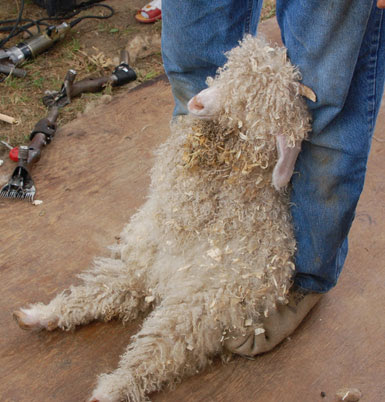 He grips the baby goat between his legs... 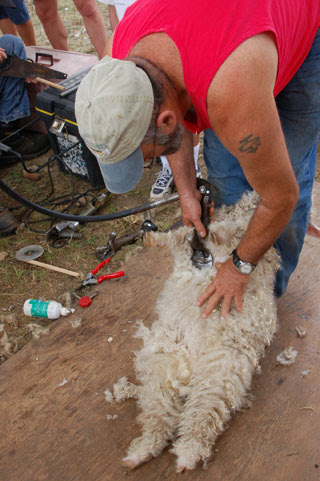 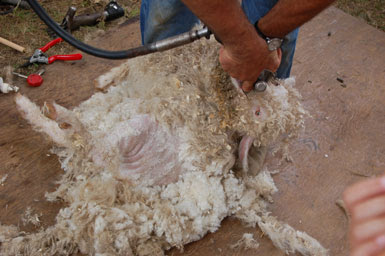 Pretty soon he's got a squirming pile of goat and fluff locked between his legs. 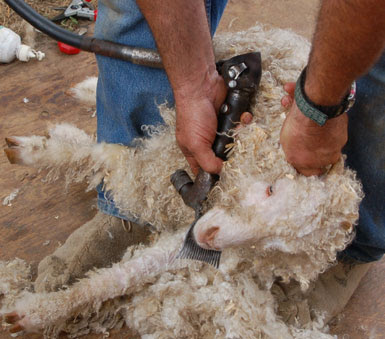 As the coat comes off, the goat seems to zone out. 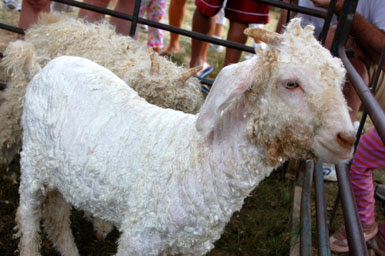 In about two minutes, the shorn goat is back in the pen, pounds lighter and a different color, but none the worse for its experience. 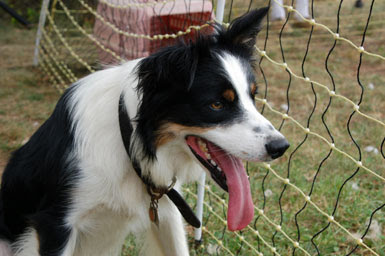 Shearing is not just performance art. Rice visits the Vineyard twice a year, accompanied by Codfish, his working border collie, to shear hundreds of the local sheep.
Posted by janinsanfran at 2:48 PM

Hey great article you just made. I was particularly interested about the shearing of the goat. I looked like difficult work but I think that in an experts hands it was routine. You could have also shown how the wool was made into thread.

"The Sundowners" needs to be remade with Cape Cod accents.