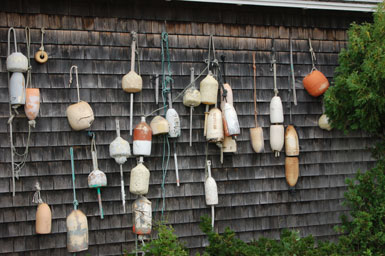 Unexpectedly I've now spent an entire summer on Martha's Vineyard assisting an injured friend. This is not anything I ever expected to do -- that we might make a short visit, sure, but to more or less "live here" for a season, no. Spending a summer here in the immediate wake of a trip to the Middle East (many posts in sidebar), and during the Israeli attack on Lebanon where I had just visited (again see sidebar), has made the experience all the more surreal, a sojourn in a bucolic paradise spent in acute awareness that much of world is burning.

For those who don't know, Martha's Vineyard sits in the Atlantic Ocean off Cape Cod, Mass. The place is lovely, fascinating, and mildly dissonant. Not too many years ago, it was a semi-remote New England island with a fishing and agricultural economy. With access limited to a ferry from Woods Hole and only a rudimentary road system outside its main towns, it was a vacation haven for some of America's outsiders. Middle class African-Americans bought up the depressed Victorian gingerbread-gothic town of Oak Bluffs. Artists and liberals from New York created vacation refuges "up island," the more rural western end. The native Wampanoag tribe and other hardy local farmers and seamen made their peace with the seasonal arrival of income producing "summer people."

When the Island turned into a rich people's playground to the detriment of its quality of life is a matter of perspective. Nearly everyone thinks a change for the worse began some time shortly after they arrived. Some date the change to an infestation of Kennedys; Chappaquiddick is a corner of this place. Others mark the change from the Clintons summering here in the 1990s. (Note, the people who make these complaints are almost universally political liberals -- they simply are repelled by the ostentation that too often accompanies wealth and power.) These days, the symbols of the island's deteriorating quality of life are proliferating "McMansions" -- gated $10 million estates that drive up land values and construction prices.

The island suffers from a chronic shortage of housing for working families, just like my own gentrified city. In fact, it suffers from a shortage of people willing or able to live on working class wages, so it has attracted ambitious immigrants who eagerly fill the unfilled service jobs. The difficulty of transporting goods here and the considerable capacity of much of the market to bear high prices combine to make every day living extremely expensive. I just paid $60 for a hair cut here and thought it reasonable -- not my ordinary life style.

For the next week I'll mostly be telling Island stories in words and pictures -- a short respite from my usual subject matter. None of it is "apolitical" though. Nothing is. 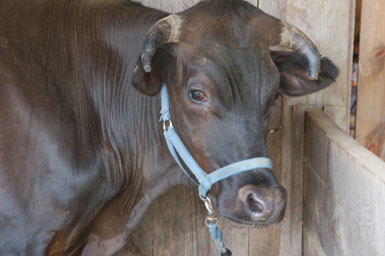 A prize winner at the county agricultural fair.

Posted by janinsanfran at 10:31 AM

Oh, goodie. Looking forward to the tour of both high and low on that island in the Atlantic. Never having been there, it should be fascinating.

Glad to see you're taking a well-deserved break after your Middle East trip! The Vineyard is perfect for R&R!