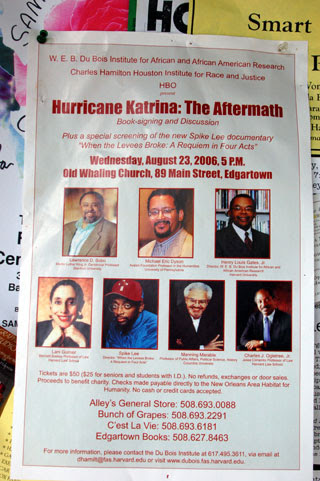 THE place to be on Martha's Vineyard yesterday was at the Old Whaling Church in Edgartown for an event titled "Hurricane Katrina: The Aftermath." Spike Lee, along with one hour of his HBO documentary, headlined the event. A panel conisting of African American academic luminaries who summer on the Vineyard followed, urging the audience to remember the storm and how our society treated its victims. 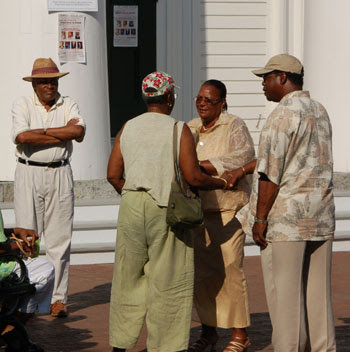 Folks gathered early to be sure to get into the sold out event. 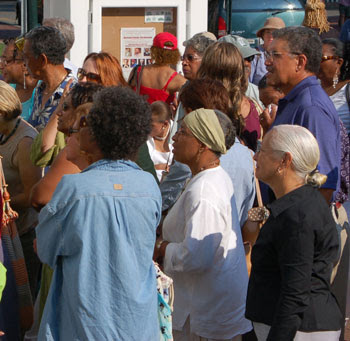 Thinking the doors were opening, they pushed forward... 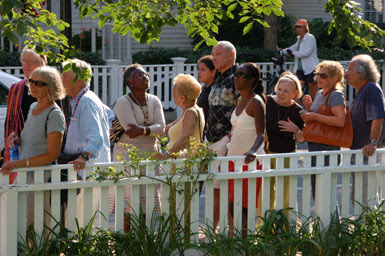 but gradually formed a more orderly line. The panel was distinguished. 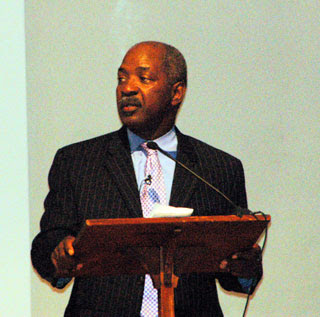 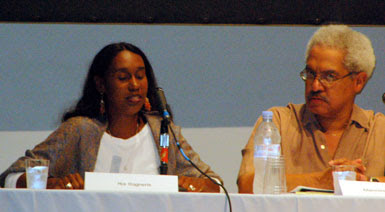 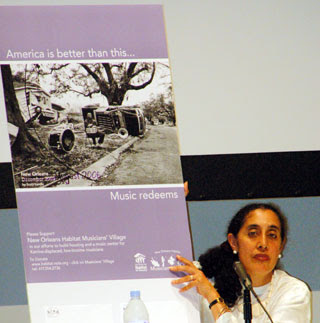 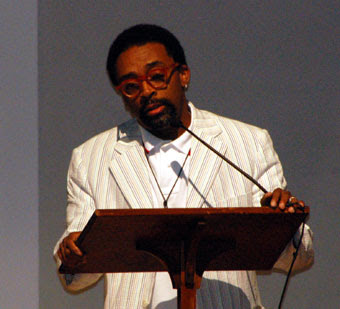 Film maker Spike Lee really said it all though:

While we're all up here on the Vineyard
living high on the hog,
let's remember those people down in the bog...

The event raised some $12,000 for hurricane-related relief.
Posted by janinsanfran at 12:12 PM