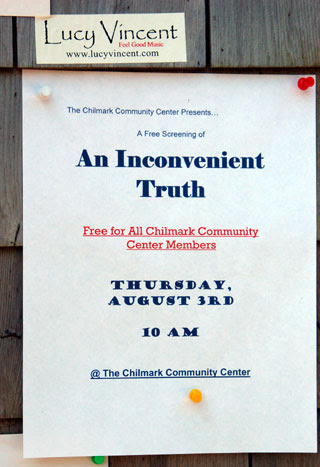 Today we went to see the movie An Inconvenient Truth -- otherwise known as the Al Gore movie.

All those good things you've heard about the movie are true: it is convincing, scary, not really refutable. Human civilization as we've made it is rapidly destroying the planetary environment as we've known it. Gore makes the case convincingly.

Toward the end of the movie, Gore says something like: "People tend to move too easily from disbelief in climate change straight through to despair." He's right and the movie is weakest in helping us imagine how to work in between those two poles, in prescribing what we should do. This is not surprising. After all, if changing the trajectory of United States energy use were easy to accomplish, Al Gore would be president and we probably wouldn't be inching toward a war of all against all in the region where most of the oil comes from.

The problem of climate change dumps us squarely into a maze where, too often, well-meaning persons propose that individuals should seek individual solutions to social problems. Yet An Inconvenient Truth is honest enough to avoid such a message; while a little recycling would be nice, we aren't going to avoid the most catastrophic effects of global warming without social changes that hurt some people's standard of living. Not most people's standard of living, but certainly that of most rich North Americans.

In fact, fighting global warming is as much about who is going to feel the pain as it is about climate science. Hurricane Katrina gave us a vivid preview of how this will come down: ecological disaster will fall most heavily on those least able to buy their way out of harm's way and that will be the weakest and the poorest. Avoiding the worst of ecological disaster means causing some pain to some profiteering people now in the hope of averting worse pain for everyone later.

The movie's allied ClimateCrisis site gives some action ideas. I have to admit, I was most encouraged by this suggestion in the film credits: "Contact your congress person [oh please, not again]; if you don't like the answer, run yourself." If we can't make the political system work for those of us who aren't oil barons, we're screwed.
*** 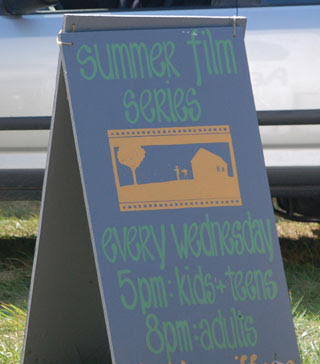 The Martha's Vineyard Independent Film Festival arranged today's special showing. The main screening, with the filmmakers, was last night on what had so far been the hottest day of the year. This morning was equally hot, but much more pleasant than crowding into the Community Center with 350 other sweaty people. 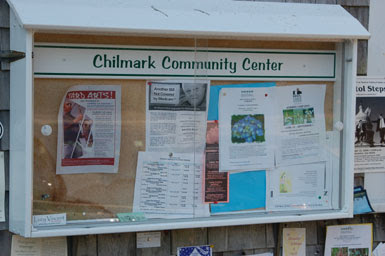 The Community Center is homey... 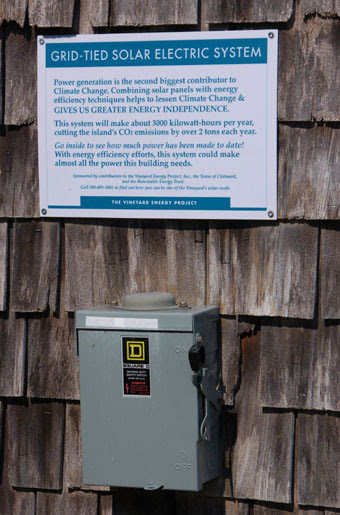 and does its best to be part of a social solution to global warming. 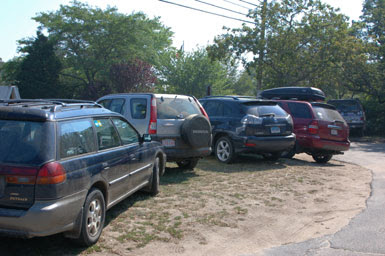 The contents of the parking lot gave less cause for optimism.
Posted by janinsanfran at 2:47 PM

Email ThisBlogThis!Share to TwitterShare to FacebookShare to Pinterest
Labels: sustainability

I loved the juxtaposition of the last two photos which pretty much sums up a lot of the insane contradictions we're living with right now.