Thoughts and questions from a Lebanese friend 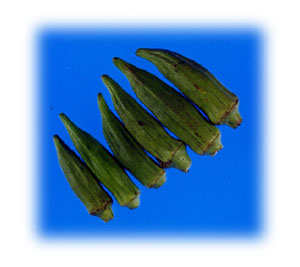 From Tina Naccache in Beirut after a month of war...

i am cooking... daily...yesterday i bought okra. our okra is of a small size, an inch long at best. most of what i had were smaller. i hadn't cooked okra in ages...it takes such a long time to prepare. one needs to shape the head of the vegetable, one by one.

there is one that i like, it tells the fighter to take its sword and its banner. then i think of our national anthem that states that we fight with our sword and our pen. fighting...adrenaline. struggles...more adrenaline...occupation. invasion...underdog...more adrenaline...we are better...we are best. and the heads of the okra went chop chop...but not vulgary decapitated...decapitated with style.. .shaping it like a cone. going to the last in the blue plastic bag...till the tiniest..

i can't throw away any one. displaced people are hungry. people are dying out of hunger in china. finish your plate. when all and everything will calm down, will i remember to eat the not-perfect romaine leaf as i do today remembering the hungry? will i stand up against every single injustice as i wish the entire world to stand up for us? hardly. i am not inviting displaced people to share this beautiful space i own. i am not perfect and i have to live with that. there is a limit to my goodness. there is a limit to my generosity.

but what is generosity that has a limit? is it still generosity? what is goodness that has a frame when it should be endless? and what is it to state that it hurts me to be imperfect? what arrogance. it brings to my mind my questions about saints. is it arrogant to want to be a saint? how did saints live with their perfection?
Posted by janinsanfran at 5:17 AM