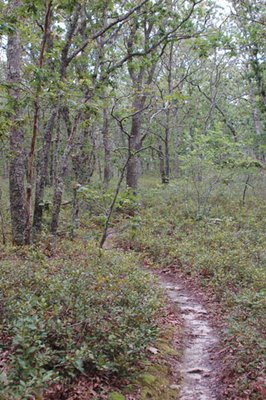 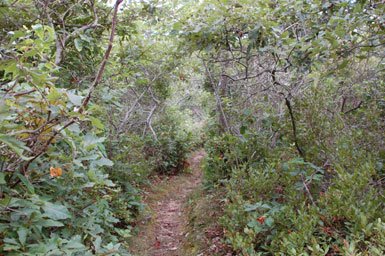 These third growth woods are support a lot of underbrush, almost thickets at times. 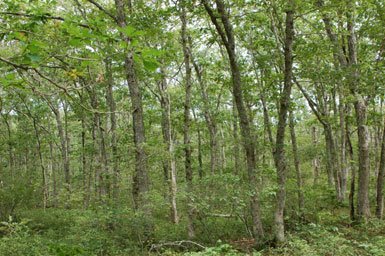 The greens in these woods are intense. 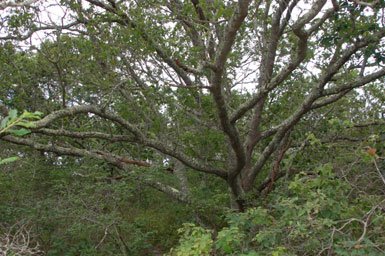 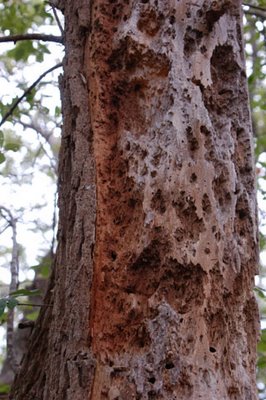 Woodpeckers ate well on whatever this dead tree harbored. 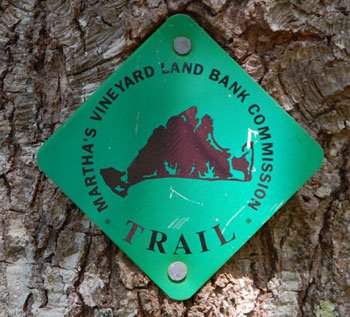 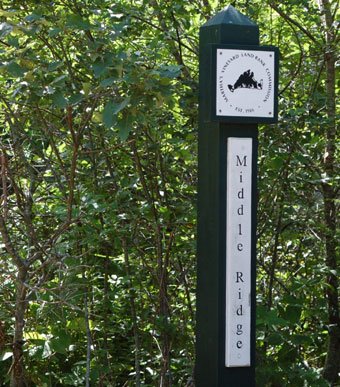 And does provide some road side signs. 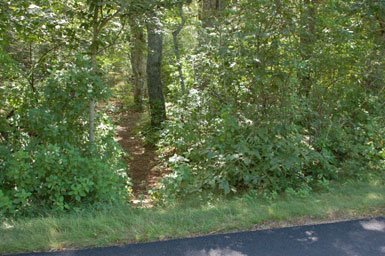 But this too is a trail head. Would you be able to guess? 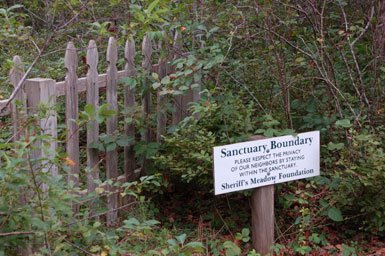 Once on the trails, the conservation outfits remind you off the neighbors' property. 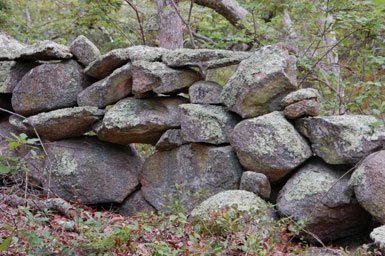 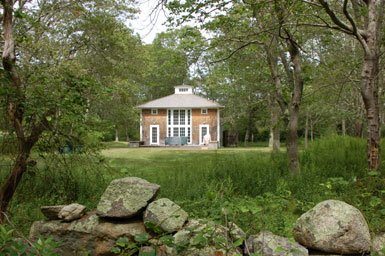 Very occasionally you'll pass an interesting structure. Was this a church or meetinghouse? 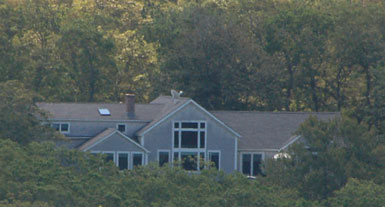 Sometimes, far off, you can spy a well hidden McMansion. 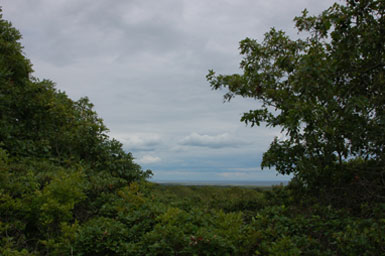 The highest point on this island is 311 feet above sea level. Trails here do not lead to dramatic vistas. The beauties are mostly more subtle. Here a glimpse of the ocean, hemmed in with greenery. 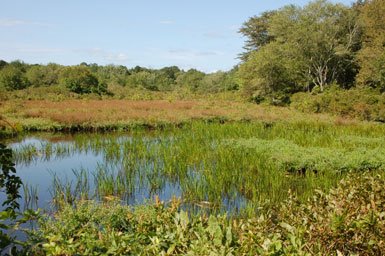 I happened on unexpected delights, such as this wetland at a tiny stream's source. It has been a tremendous privilege to explore these New England woods, to know a little of a kind of land so very unlike the area where I live.
Posted by janinsanfran at 8:13 PM

You are missing California. The most beautiful of your photographs is the final one, which looks like it could be at home.

And yes, the lack of public access to the shore on much of the Northeastern Seaboard always shocked me as a native-born Californian who looked upon all shorelines as a birthright to all. Though East Coasters think of themselves as enlightened, this particular detail is just one more indication of how they are not. It depresses me that they are in charge of my federal government/empire.