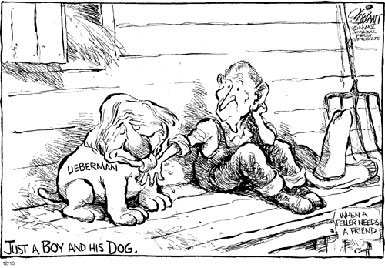 I wouldn't be a proper political junkie if I didn't say something about Ned Lamont knocking off Joe Lieberman in Connecticut. Obviously, I'm delighted: Joe deserved to go and I think his "self-centrist" (borrowed from an unknown blogger) post-primary campaign will fizzle.

The implications for campaigning tend to confirm things I already know. If you can get money, message, and many hands moving in the same direction in an organized way, you win. Lamont came with the first and asked for more (among thousands, I gave!). Then he used his money to amplify an existing message that echoed what Democrats already believe: the Bush regime is a criminal failure, as is its Iraq war. Many campaigns stumble over the third part: getting neighbors to carry that message to the less-involved.

Obviously they didn't stumble. Lamont's 4-percentage point margin over Lieberman is right at the top edge of what a really good field campaign can deliver. Field won't make up a 10-point deficit, but good field and GOTV should win the close ones.

A popular progressive campaign like Lamont's will have plenty of volunteers. What matters is using them so as to get out the right people. Clearly, they had good targeting; they talked with the right voters. That implies they had good, reasonably clean, voter files that included the names of promising Lamont voters -- a triumph of good data. They also must have had strong organization to make sure volunteers were well used; you can't just throw volunteers randomly into the streets.

It is worth noting that Lamont's campaign manager, Tom Swan, came out of Connecticut Citizen Action Group, a local community organizing outfit with a long history of working the progressive edges of electoral politics. Very often, successful insurgents find their staffers from such groups because such people combine at least some of the needed skills with independence from established insider politicos who seek to contain popular movements.

Yes -- blogs played a role. Jerome Armstrong of Crashing the Gate fame has written a good analysis of the vital role blogs can play in kicking off an outsider campaign like Lamont's -- and a realistic explanation of why blogs fade in importance to the same campaign as election day approaches.

Matt Stoller, also of MyDD blog and one of the volunteers in the Lamont campaign, describes the winning formula like this:

[An] informal alliance between African-American progressives, white progressive organizers and bloggers, and disaffected union members can beat any Democrat in any primary anywhere in the country.

That rather sweeping pronouncement sounds right to me. That grouping is rooted in the people who form the core of the Democratic party.

California experience certainly agrees with Stoller. The candidates that put that coalition together do win our primaries, almost routinely. Unfortunately, the results are not always so exciting as in the Lamont-Lieberman fight. Somewhat oddly, given the man's weakness as a candidate, Phil Angelides, the Democrat now running for Governor is the latest example.

Stoller names the next hurdle:

If you can attach an effective general election strategy to that alliance, we have a progressive America.

I'm not sure Lamont's message has the broader juice to carry his coalition to seats at the tables of power. I expect to see it diluted. Stoller thinks it will have staying power because of one factor: Iraq.

With this assertion in mind, I looked back at a list Van Gosse proposed in 2005 of signal events that would mean that the peace movement was making headway against the war. Lamont's primary victory put us well on the way to one of them: "A member of Congress loses his or her seat because of support for the war."

Yet the peace movement now feels like a beached whale: gigantic and badly stuck. Pretty consistently recent U.S. polls report that 60 percent think the Iraq war was not worth fighting. For a variety of reasons including not winning, people want this over. But so far, very few of Gosse's measures have been met -- and the Bush regime just plows merrily ahead with its plan to "remake the Middle East," currently through encouraging vicious Israeli adventurism.

We're not drawing the potential strands of a progressive movement together yet. Still Lamont's win is a good harbinger of possibilities that seemed impossible a year or so ago.
Posted by janinsanfran at 9:58 AM

It was the FIRST good news in some time, and I've enjoyed every detail of it, particularly Lieberman acting in perfect character as the Sore Loser.

The bullshit phrases that our leaders have been using on the order of "a lasting peace" are oddly resonant, however. Let's somehow make sure this particular nonsense never happens again. That the American version of a reactionary Restoration really is over for good.