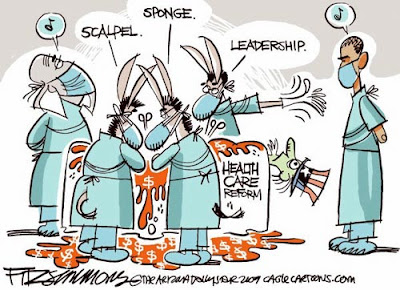 But I don't like living with fury. And I've lived long enough to know the remedy: don't just fume -- DO SOMETHING.

So today (while I get adjusted after traveling 3000 miles yesterday) I want to pass on a few suggestions to folks who are frustrated that the process of winning meaningful health care reform has gotten stuck in the August political doldrums. Don't just fume -- DO SOMETHING.
Posted by janinsanfran at 9:09 AM

Good suggestions! Yes, maybe more people should start becoming more active rather than speechless or numb after reading the news...