Fixing the news if not the war 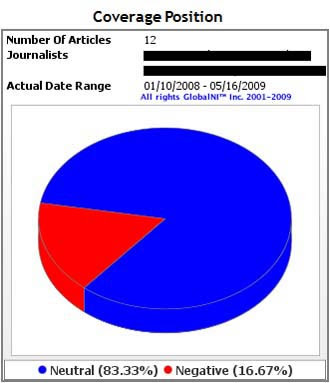 Assessment of reporting on Afghanistan war by a military contractor.

The Afghanistan war isn't going well for the United States. So what does our Army do? It's obvious: try to fix the reporting from the war zone. Stars and Stripes, an independent newspaper for the military, has broken the stroy that Pentagon is profiling journalists who write about our Central Asian imperial adventure.

Contrary to the insistence of Pentagon officials this week that they are not rating the work of reporters covering U.S. forces in Afghanistan, Stars and Stripes has obtained documents that prove that reporters' coverage is being graded as "positive," "neutral" or "negative."

Moreover, the documents -- recent confidential profiles of the work of individual reporters prepared by a Pentagon contractor -- indicate that the ratings are intended to help Pentagon image-makers manipulate the types of stories that reporters produce while they are embedded with U.S. troops in Afghanistan.

The assessments offered aren't flattering about the professionalism of the journalists the military is trying to influence. I particularly liked this one:

One reporter on the staff of one of America's pre-eminent newspapers is rated in a Pentagon report as "neutral to positive" in his coverage of the U.S. military. Any negative stories he writes "could possibly be neutralized" by feeding him mitigating quotes from military officials.

Fortunately all this is having minimal influence on U.S. public opinion. A majority of us have figured out that election theatrics and the latests offensive are doing nothing for U.S. interests, according to a recent Washington Post poll.

How long will it take Washington to notice that this war, like the Iraq one, is something we don't want anymore? How many more of our troops and how many more Afghans will have to die for this mistake -- a mistake President Obama has adopted as his own?
Posted by janinsanfran at 12:26 PM

The military needs a war to justify their obscene budget. Eisenhower was so right. Follow the money.