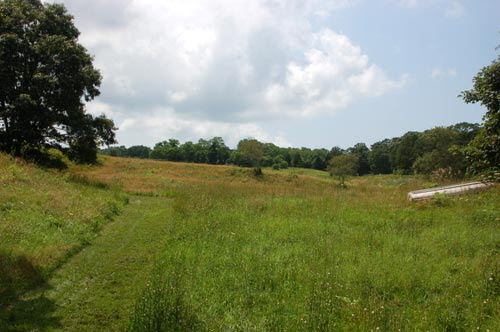 As I ditz around the blogosphere this morning, I'm struck by how many folks I regularly read report they are "on vacation". I know August is sometimes described as "the vacation month", but that association is not strong for me. This is particularly the case since kids now seem to return to school during this month, instead of staying blissfully free past Labor Day, as we used to. Sorry, kids.

Nonetheless, I too am "on vacation". And I am realizing there's an almost physical relief when I say that.

For the first summer since 2001, I am not living this August with a nagging fear that my quasi-democratic government will do something aggressively, intentionally vicious. Cruel, perhaps. (Well, certainly). Stupid, maybe. But not something of the sort that means I am morally bound rise up in horror at the actions of my country. I could be mistaken about this, culpably complacent even. I hope not.

This chance to take a bit of a vacation in the midst of citizenship is what the Obama election and Democratic majorities mean to me, even as I try to find the right mix of support and criticism of this administration's numerous shortcomings.

The screaming townhall meeting crowds obviously feel differently. I note they mostly seem to be afraid of potential evils, while by mid-2002, I believed I was living in the backwash of far too actual ones. (That was the year we ramped up anti-war work, the year we found ourselves on the no fly list.)

I wish the screamers could feel safe enough to take a vacation, to just chill a bit. But obviously they don't dare.

***
The new photo on the "masthead" of the blog dates from the summer of 2001, from a vacation that included hiking a few of Colorado's 14000 foot peaks. It is the view from the summit of Grays, looking over to Torreys. Yes, we tromped across the ridge and them barely avoided a lightening storm by running down the mountain.

The pastoral scene at the head of this post is an experiment with the new blog template.

If anyone has trouble with the new set up, please email me and I'll try to fix it.

Posted by janinsanfran at 8:51 AM

I like your header and the title says it all. I think we are all walking between fear and hope these days.

This is a great site that you have here. You should be proud. I have a debate site myself and I would like to exchange links with you. We have to stick together. Let me know. Jason