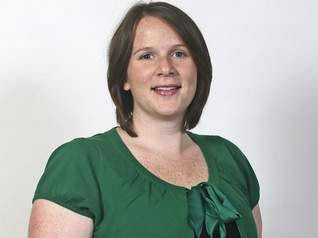 During my long-past brush with the "no fly list," I remember feeling just as Amanda Malik does. What does the government mean by sticking miscellaneous citizens on a "watch list"?

Usually I only quote bits of stories that appear elsewhere on the net. However this is such a clear account of what it means to a very ordinary, middle American individual who finds herself enmeshed in the workings of the "Homeland Security" regime that I want to share a lot of it.

"It has to do with your last name."

At those words, I burst into tears. My husband, Mike, and I were standing in the airport in Islip, Long Island, trying to check into a flight on Southwest Airlines. The attendant behind the counter was filling out a form that said "Watch List" at the top.

My husband and I were the subjects of profiling.

To most, Malik looks like Ma-leek, which in Arabic means "king." It is a very common Arabic name. To us, it looks like Ma-lick, a Czech name that we share with many who are Eastern European. But because of our Arabic-looking name, we are now on the terrorist watch list.

To those who have been discriminated against because of their ancestry for their entire lives, this story might sound naïve. And I freely admit that up until this point, I was naïve. But I have a new sympathy and respect for people who have dealt with this for their entire lives, because I'm here to tell you that it is humiliating. Right down to the core. It is one thing to suspect that you are being discriminated against. It is another to be told flat-out that you are. This is a new and very unsettling experience for us, but one I'm afraid we're going to have to get used to. ...

Mike and I have always had to have a rather nonchalant attitude when it comes to airport security. Since Sept. 11, we've always been searched what seems like more than the average person or been pulled aside at the metal detector more than seemed to be normal. We've had our bags searched. I've had a rather large female security guard pat me down and feel underneath the underwire of my bra. We always joked that it was because he and, more recently I, had an Arabic-looking last name.

Apparently we were right.

It was funny until it was true.

It's embarrassing to have people look at you with suspicion when you have done nothing wrong. Innocent until proven guilty doesn't apply to the Homeland Security Watch List. You're at the mercy of a government agency that doesn't have to tell you anything about anything. ...

From now on, Mike and I will always travel with our passports and copies of our birth certificates. My fear is that someday we won't be allowed to board a flight or we will be detained by security for having the wrong name. It's so sad to me that in an effort to make it's citizens feel safer -- even if they actually aren't -- the U.S. is treating what I can only assume is millions of its citizens this way.

Amanda Malik has an advantage in taking on "Homeland Security" that most citizens don't have. She is a copy editor for the Lafayette-West Lafayette Journal and Courier where this was published. When my partner and I found ourselves on the no-fly list, we happened to be traveling to visit the sister of a pretty senior journalist. He took an interest in our experience. What do people without such connections do? Probably just shut up and know there is little they can do.
Posted by janinsanfran at 5:04 PM

As if real terrorists never change their names and get fake ids...