Health care shorts:
What about immigrants? 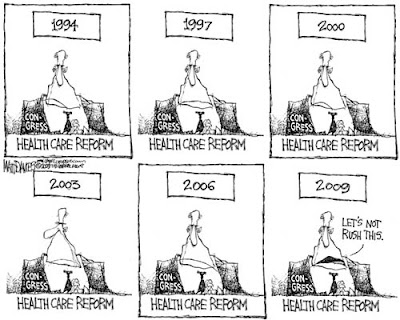 The current health care discussion uncovers too many instances in which we don't seem to know that.

Of course any sane health reform would cover anyone in the country, regardless of citizenship. The Brits do. What's wrong with us? More haters? More fearful people? I sure hope the people of this country are not so weak as to go for this. We not only hurt the direct victims; we hurt ourselves when we construct complicated exclusions.
Posted by janinsanfran at 2:34 PM