Deportations could trash the housing market 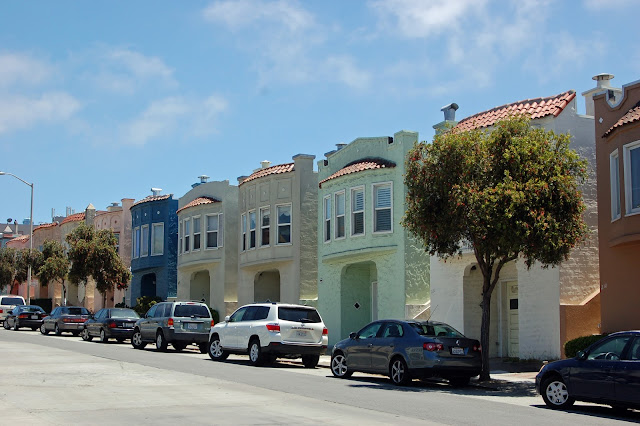 This looks like a prosperous neighborhood, doesn't it? It's out in one of the further reaches of San Francisco where tech workers and urban professionals seldom visit, where people still raise children while working multiple jobs and living in extended families. Once populated by Irish and Italian Catholics, it is now full of Filipinos, Latinos, and people of various other Asian origins.

And it is the kind of neighborhood where the little-anticipated consequences of a radical deportation dragnet removing undocumented residents would likely to hit hard.

“It’s just so much higher than what people think,” Mr. Rugh said. “It’s a very interesting twist on the Latino incorporation story: Their tremendous increases in homeownership and other things — a lot of those gains are because they pooled resources across legal status.”

“This is the future,” Mr. Rugh said. “The Asian and Latino population are a big part of the future of the housing market. And people want to be able to sell their homes, right?”

Rugh and Hall noticed that neighborhoods like this were hit hard during the foreclosure crisis of 2009-2013 -- just as mass deportations by ICE (the federal Immigration and Customs Enforcement agency) were increasing radically and removing some of households' earners. The foreclosure crisis was worst where counties cooperated actively with the federal government's push to deport.

San Francisco issues proclamations about protecting our newcomer neighbors. But these researchers have pointed out how other residents also win when cities fight the Trump deportation agenda.

Resist and protect.
Posted by janinsanfran at 5:00 AM

My impression is that the neighborhood pictured might be majority Filipino -- but I could easily be wrong. Lots of Latinos and Chinese-origin people.