since Amilcar Perez Lopez was shot 6 times in the back by plain clothes officers of the San Francisco Police Department. District Attorney George Gascon is still sitting on the case. 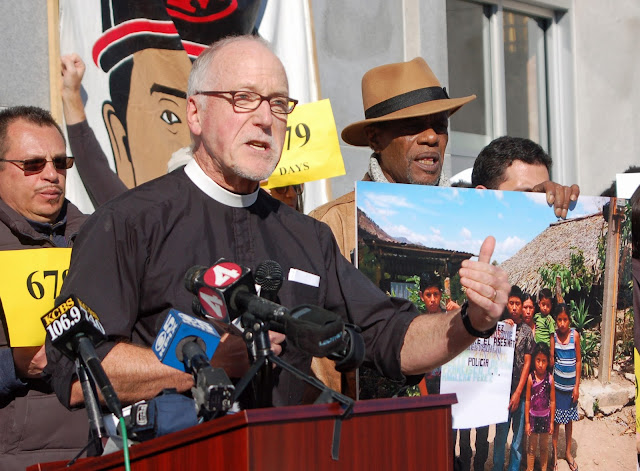 Fr. Richard Smith of the Episcopal Church of St. John the Evangelist spoke at the county Hall of Justice on Thursday for the coalition that has come together to press for charges. 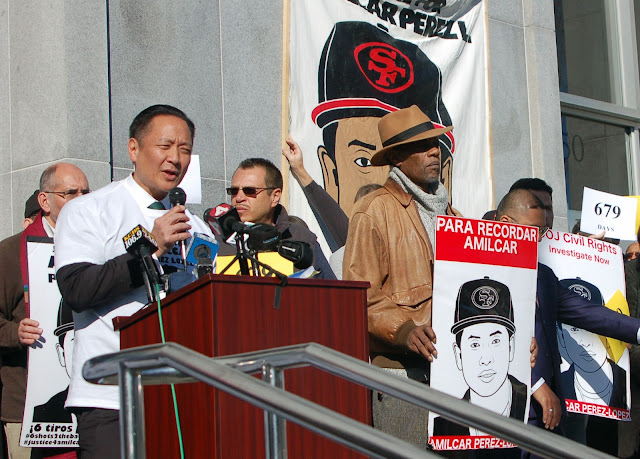 Public Defender Jeff Adachi sharply called out the DA's pattern of inaction on police use of force cases.

According to police data presented Wednesday at the Police Commission, there are currently 15 open investigations into police shootings, three of which date back to 2014. Twelve of those cases are waiting for a charging decision letter from the District Attorney’s Office before the homicide investigation can be closed and an internal affairs investigation undertaken.

“There is no accountability, we’ve been promised accountability by the district attorney, by the Police Commission, by the Office of Citizen Complaints, and so many others, yet we have failed to see that materialize,” Adachi said. 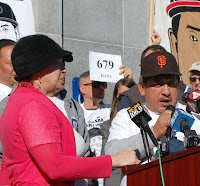 Since 2000, the SFPD has killed 40 civilians; no officers have been charged.
Posted by janinsanfran at 5:30 AM