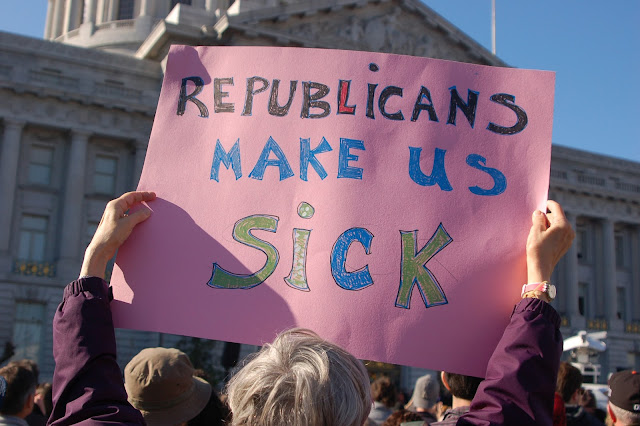 A couple of thousand people rallied in Civic Center Plaza yesterday in opposition to the GOP plans to repeal the Affordable Care Act/Obamacare. 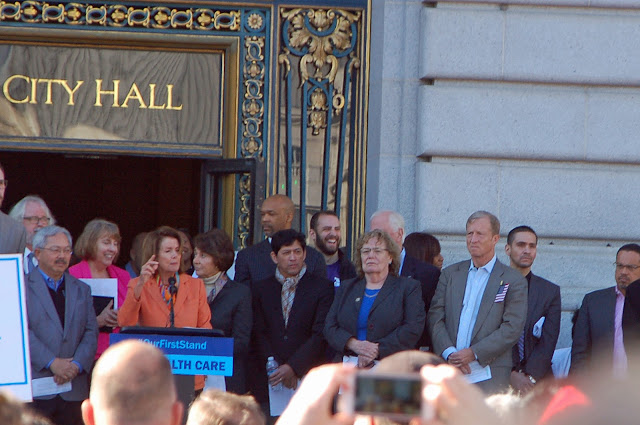 Led by House Minority leader Nancy Pelosi, this was a politician heavy crowd. It seemed as if Pelosi had drawn in most all the Northern California Democratic Congresspeople, as well local San Francisco regulars. Note one interesting attendee: way over at the far right of this picture, that's Minnesota Congressman Keith Ellison who is seeking backing for election as the next chairman of the Democratic National Committee. Ellison has been endorsed by Senators Bernie Sanders, Elizabeth Warren, Senate Leader Chuck Schumer, as well as the AFL-CIO and some mass-based Democratic advocacy groups. He is in a contest with Tom Perez, outgoing Labor Secretary in the Obama administration, who is broadly considered the candidate of Clinton/Obama regulars. Hard to know what Ellison was doing on Pelosi's stage in San Francisco yesterday. (For what it is worth, which ain't much, I think either Ellison or Perez would bring an organizing focus to the Dems as much as local organizations can be cajoled into that difficult work. They are both smart guys who understand that people want feel more connection to a political party if they are to trust it is representing them.) 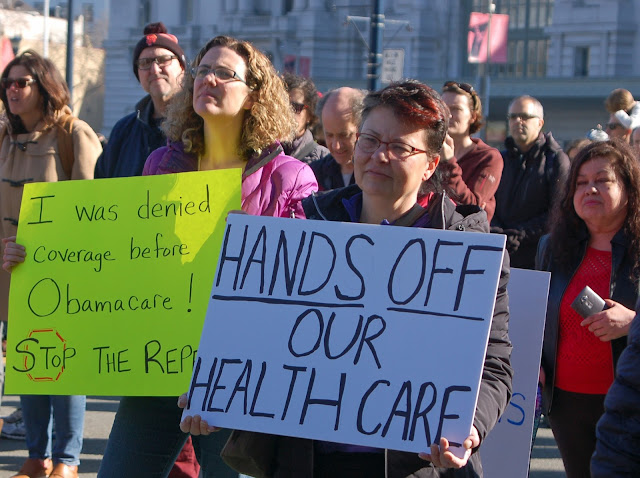 Aside from the pooh-bahs, the speakers were individuals telling stories of what having access to health insurance has meant for lives and families. It is completely obvious that the Republicans now in power don't give a damn about who they hurt. They just want tax breaks for their fat cats. Killing Obamacare will deliver a windfall to their sponsors. The losers in repeal can just go die. 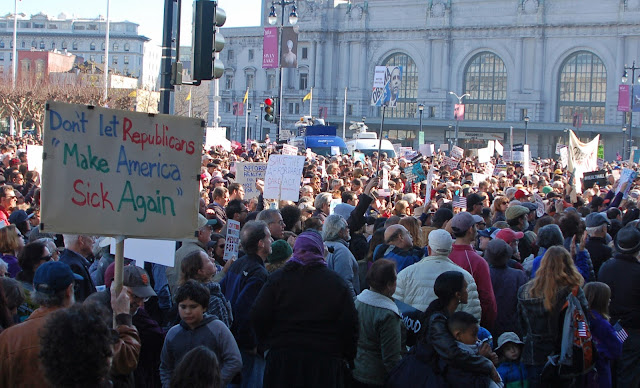 Looks like a lot of demos are in our future. I'm glad Pelosi is there with her constituents. That is important.