Onward into a perilous new year 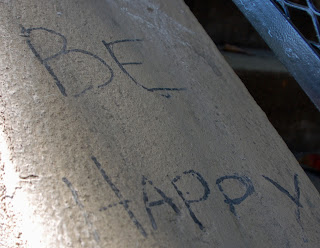 Today I'll share what some others have to say -- enough of my musings appear here.

As Trump torpedoes into the presidency, we need to shift from realist to moral reasoning. That would mean, at minimum, thinking about the right thing to do, now and in the imaginable future.

... politeness is no substitute for morality, and won’t save us in the end. We only get to decide who we are.

When it comes to combating Trump, one must take particular care not to join him in the land of conspiracies, however intellectually engaging or emotionally satisfying that may be. One has to start, instead, by holding fast to the truth. That is a lot of work, too.

Hannah Arendt wrote, “Under conditions of terror, most people will comply but some people will not. Humanly speaking, no more is required, and no more can reasonably be asked, for this planet to remain a place fit for human habitation.”

Quoted in the NYT

I seem to be partial to women's thoughts. Well that seems appropriate. But some men have insights too.

... the country is wobbling between two extremely different futures: pluralist social democracy on the one hand, and white nativist protectionism on the other. The election’s bizarre schism, with Clinton winning the popular vote and Trump winning the electoral college, is a sign of how razor-thin the margin between those dramatically opposed futures is.

Rising diversity isn’t going away. Income inequality isn’t going away. Support for redistribution isn’t going away. For liberals, pluralist social democracy is the project of the future, and any alternative falls somewhere between xenophobic and amoral. But what if the vast majority of white voters who voted for Trump aren’t interested in any version of that future, no matter who the messenger is?

I sometimes hear that democracies have lost their sense of purpose. This isn’t so. Democracy’s purpose is to create conditions in which free citizens can lead the most fulfilling lives possible that they themselves choose. Human beings need not only livelihoods and security but also freedom, dignity and justice. Democracy, whatever its flaws, is the political system that can best respond to those needs.

Neither let us be slandered from our duty by false accusations against us, nor frightened from it by menaces of destruction to the Government nor of dungeons to ourselves. Let us have faith that right makes might, and in that faith, let us, to the end, dare to do our duty as we understand it.

Onward to a perilous new year ...
Posted by janinsanfran at 5:00 AM