And so enforced suppression of compassion moves center stage. From the office of California State Senator Ricardo Lara: 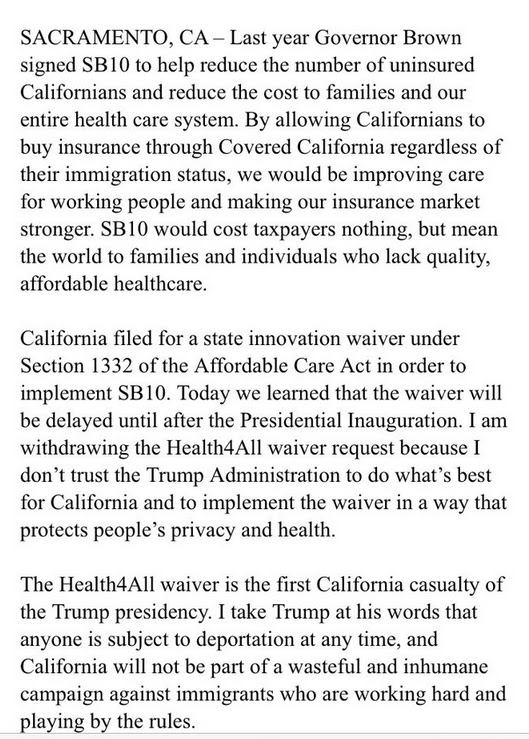 Marilynne Robinson, best known as the author of novels including Gilead, teacher at the Iowa Writer's Workshop, and a reflective Calvinist, captured something of our national condition in essays titled The Givenness of Things. In a chapter discussing Dietrich Bonhoeffer, she writes:

I had always thought that the one thing I could assume about my country was that it was generous. Instinctively and reflexively generous. ... I have to even admit that I fear this might have begun to change. ... Recently America, along with much of the rest of the world, has been living through a grand-scale disaster that has cost families their homes, their savings, their livelihoods. ... The response to it has been worse than meager.

... Are three yachts better than two? There are old men now who spend their twilight using imponderable wealth to overwhelm the political system. I am sure this is more exciting than keeping a stable of racehorses, or buying that fourth yacht. After a certain point there isn't much of real interest that can be done with yet more money. But imagine how great a boost to the aging ego would come with taking a nation's fate out of its own unworthy hands and shaping it to one's particular lights ...

... I am proposing that the West is giving up its legal and cultural democracy, leaving it open to, or ceding it to, the old and worst temptations of unbridled power. Nowhere in all this is there a trace of respect for people in general -- indeed, its energies seem to be fueled by its contempt for them.

Not being much of a Calvinist, I tend to believe we are born knowing how to be human. It's life in a society gone mad, corrupted, where unkindness profits some, that makes us less than generous. Might practicing generosity heal? Worth giving it a try as best we can. There's nothing easy in that, but there is nothing else to do.
Posted by janinsanfran at 9:23 AM