Great news -- amid a revealing frame 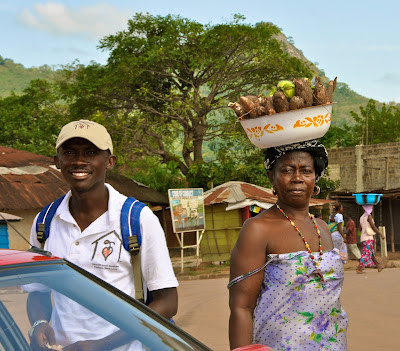 Ruth Maclean reports from Senegal that legislators in the nearby West African nation of Sierra Leone have voted to abolish the death penalty. In this, they follow the trend among African countries.

The vote in Sierra Leone came against the backdrop of a steady march in Africa to discard brutal laws imposed by past colonial masters. In April, Malawi ruled the death penalty unconstitutional. In May of 2020, Chad did the same.

Nearly half of Africa’s 54 independent countries have abolished the punishment, more than double the number from less than two decades ago.

Sabrina Mahtani, the co-founder and former executive director of AdvocAid said Sierra Leone’s decision to do away with capital punishment was remarkable especially because it is still recovering from the 1991-2002 civil war that was characterized by intolerance, atrocities and extreme violence. ...

“Here’s a small country in West Africa that had a brutal civil war 20 years ago and they’ve managed to abolish the death penalty,” Ms. Mahtani said. “They would actually be an example for you, U.S., rather than it always being the other way around.”

African anti-death penalty activists hold on to hope that Ghana and Nigeria might follow their smaller neighbors.

Ms. Mahtani is certain she knows the origin of execution laws in West Africa:

“The death penalty is a colonial imposition, and these laws were inherited from the U.K.”

If anti-colonial national pride can help prompt death penalty repeal, let's hope for more of that sort of sentiment.