Annette Gordon-Reed is a distinguished scholar of American history, the chronicler of The Hemingses of Monticello: An American Family and On Juneteenth. At Salon, Chauncey DeVega elicited this from her during a recent interview about our troubled society.

Why are so many (white) people upset by basic facts about the color line and its centrality to American history? 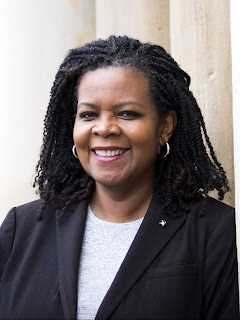 Guilt. That is why there are people who don't want to talk about race or slavery or related topics in schools because white children will supposedly feel upset. That is the heart of white identity politics. The idea that a child is going to look back at something that happened in the 1730s and say, "Oh, those are white people. Those are my people, and I must defend those people." That same child will then supposedly feel bad because challenging things are being said about them.

In practice it means that Black people's feelings do not matter. We want to tell the story of our ancestors. We have to keep quiet so that white people do not feel bad.

There is a choice being made there. They could easily repudiate what happened in the past and say, "We're going to do something different and move forward." But instead, the response is to be defensive. It puts white people and whiteness at the center of the universe, and everybody else is just peripheral to that. Only their feelings count. There are some white people who truly feel that way.

An exhaustive and exhausting profile of this privileged twit looks back to when he somehow was included in a visit along with African Americans to a Ghanaian castle from which enslaved people were shipped across the Atlantic.

The Rev. Albert Sampson, a former associate of the Rev. Martin Luther King Jr. was astonished by Carlson's lack of emotion, calling Tucker's inability to respond to the haunting horror a "tragedy."

“Sampson was trying to make me feel guilty,” Carlson wrote in an account for Esquire. “It wasn’t obvious to me at the time. The idea that I’d be responsible for the sins (or, for that matter, share in the glory of the accomplishments) of dead people who happened to share my skin tone has always confused me. Racial solidarity wasn’t a working concept in my southern-California hometown.”

Now I need to say, I'm no fan of guilt. Guilt is for wallowing. It's mostly self-indulgence.

I'm a fan of taking responsibility, of active participation in struggles, particularly those initiated and endorsed by various people of color, to move the society beyond reflexive white supremacy. What else is there to do?