Afghanistan on my mind 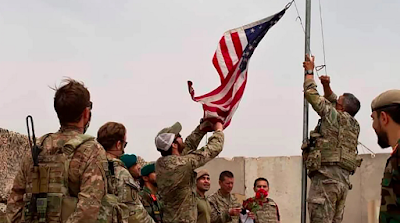 I suppose I should write about the U.S. departure from Afghanistan. I must have written some 100 posts in some way about that imperial adventure. The topic leaves me sad and weary and glad to see it go.

Early on, I harbored some slight hope that, with Osama bin Laden chased into Pakistan along with his Taliban hosts, the U.S. could declare victory and leave the Afghans to sort themselves out. This would be hard on Afghan women (and on the hopes of modernizing Afghans like San Francisco's Tamim Ansary) but there never seemed any prospect our incursion could do much good.

The war led to some insightful books. I think particularly of Rajiv Chandrasekaran's Little America: The War Within the War for Afghanistan and Sarah Chayes' Thieves of State. Those should endure, though they may seem obscure today.

The Afghanistan war provoked many heated and smart conversations among the U.S. troops who had to die and fight in it. Here's a sample, yanked from military correspondent Thomas Rick's blog.

But mostly, the war became no more than intra-Afghan death and dying, with some Pakistani and U.S. and E.U. interlopers swept into the chaotic carnage. Serious observers understood this by the beginning of Obama's presidency in 2009, but somehow U.S. military and politicians couldn't let go their clusterfuck in someone else's country.

My belief was always that our invasion should never have happened: al-Qaeda was a problem for the International Criminal Court for whom we could have provided some muscle. But that's not how my country -- that in those days was confidently the world's superpower -- chose to play its hand.

So, after 20 years of futility, we're getting out. Let's hope we can stay out and not revive this shit show.

Posted by janinsanfran at 10:28 AM