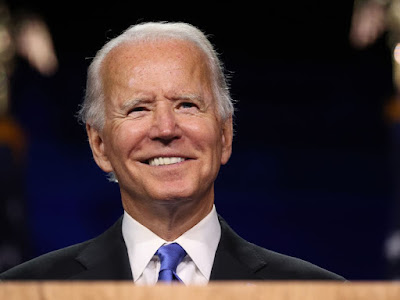 Rebecca Traister, one of the best journalists around, has done it again -- announced what should have been our conventional wisdom but which had been unsaid.

In a long, smart article about why the Biden presidency seems so much more novel, more unexpected, and more leftish, than many of us dared hope, she offers this:

[Felicia] Wong [president and CEO of the Roosevelt Institute] put it more simply. “He’s so old,” she said, “that it turns out he’s actually pre-neoliberal.”

Biden came of age politically among vestiges of the New Deal coalition. He — like some of the other septuagenarians who really have been thanklessly agitating for reform over decades, including 78-year-old [Rep. Rosa] DeLauro, 79-year-old Sanders, and 74-year-old Barbara Lee — has a lived frame of reference for the fact that Democrats are capable of doing things differently. It’s just that since the 1980s, they’ve chosen not to.

This rings profoundly true to me. Politically, I too am of that pre-neoliberal political generation. I think it is the job of government to rein in greed, to control the cupidity, cruelty, and stupidity of an unconstrained market system.

I always knew that Ronald Reagan was a carnival barker for the wealthy, for the racists, for robber barons who would destroy our inheritance in land and water. I mean, what else is someone who launched his presidential campaign with a states rights speech in Neshoba, MS, the site of some of the Civil Rights-era's most grisly murders of workers trying to register Black voters? What else is a California governor who claimed that trees cause air pollution?

Reagan normalized a lot of crap. Biden's administration is not only trying (fitfully) to clean up after Trump's incompetence and corruption -- his people are also trying to replace the perversion of government function that came in with Reagan.

Sometimes an old codger has something to offer, so old it feels new again.

Posted by janinsanfran at 10:51 AM