More money for war; who loses? 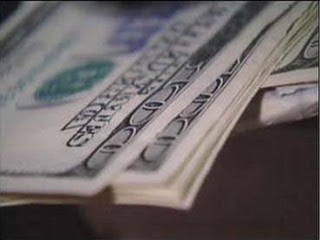 Before this drops down the memory hole, here are a couple of the last paragraphs from the Associated Press story on yesterday's approval of funds for Obama's Afghanistan adventure.

The bill includes more than $33.5 billion for the additional 30,000 troops in Afghanistan and to pay for other Pentagon operational expenses, $5.1 billion to replenish the Federal Emergency Management Agency disaster relief fund, $6.2 billion for State Department aid programs in Afghanistan, Pakistan, Iraq and Haiti, and $13.4 billion in benefits for Vietnam veterans exposed to Agent Orange.

In addition to stripping out money for teachers and student aid, the final bill does not provide more than $4 billion requested by the administration to finance settlements of long-standing lawsuits against the government, including $1.2 billion to remedy discrimination by the Agriculture Department against black farmers and $3.4 billion for mismanaging Indian trust funds.

So in order shake loose funds to ship servicepeople to get killed in Afghanistan, we are screwing students and teachers -- and U.S. citizens who have a legal claim on the government for grotesque misconduct.

The black farmers' lawsuit involved the Pigford settlement that the recently unexpectedly prominent Shirley Sherrod was a part of; the native peoples' trust fund embezzlement by the Feds was where Republican wheeler-dealer and bribester Jack Abramoff made his ill-gotten gains (for which he went to prison). I guess we shouldn't be surprised that Senate Republicans balked at paying up what these people were owed.

Posted by janinsanfran at 7:31 AM

Thanks for sharing a very great comment about the post "More money for war; who loses?" in this Can it happen here? blog. It is pretty good post. I like all comments. This is very informative blog. Thanks for sharing.