The wisdom of Seuss 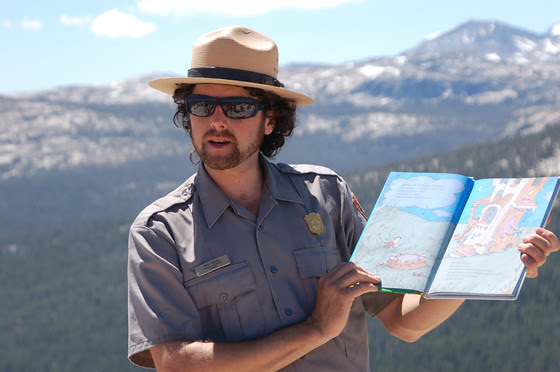 I have to wonder if this guy would have been fired if he'd done this under Prez George W.? The ranger is reading Dr. Seuss's anti-corporate fable, The Lorax, to a small group of attentive kids and their parents, after pointing out the peaks.

Unless someone like you cares a whole awful lot, nothing is going to get better. It is not.

Here's the setting, a large granite lump called Lembert Dome in Yosemite National Park. It's both dramatic and easily scaled. 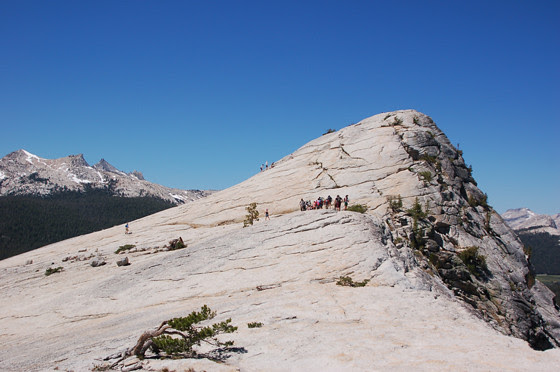 That's Tuolumne Meadows down below. 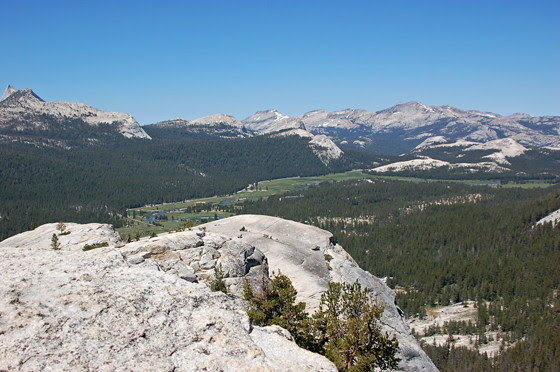 I'm back from a week in the mountains, recharged.

It hurts to care a whole awful lot, but caring and acting is the only hope of making it better. Dr. Seuss knew.
Posted by janinsanfran at 4:00 AM