Saturday scenes and scenery:
Mission street food -- on the walls! 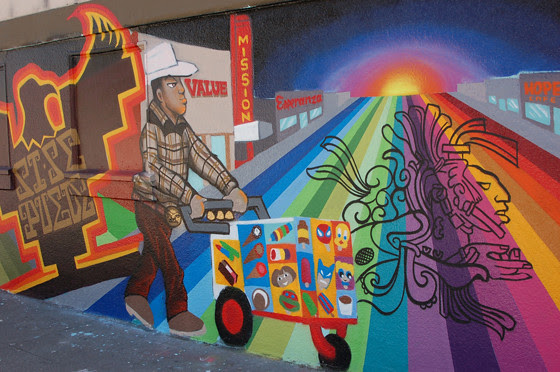 Last week I posted photos of some of the neighborhood food vendors. Here's how they appear when rendered as art by Francisco Aquino (aka Twick) in a new mural at 23rd Street and Capp. 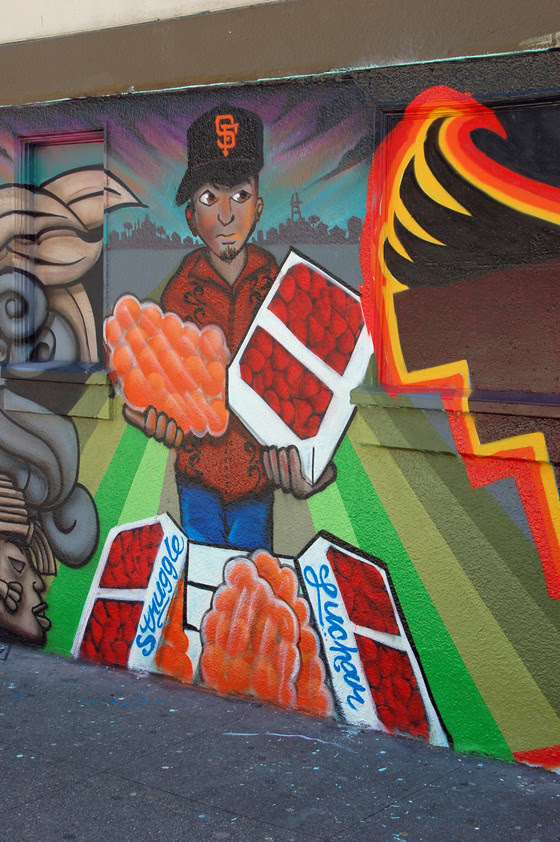 The strawberry seller looks wary, just as his counterpart usually does in real life. 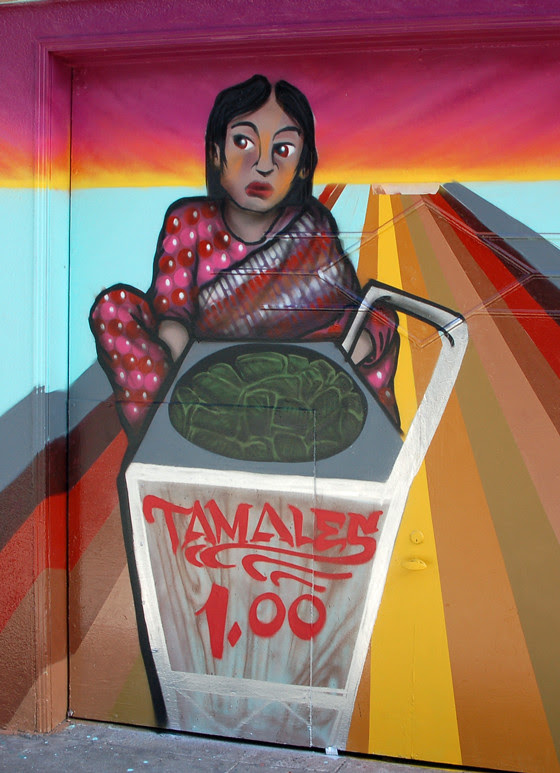 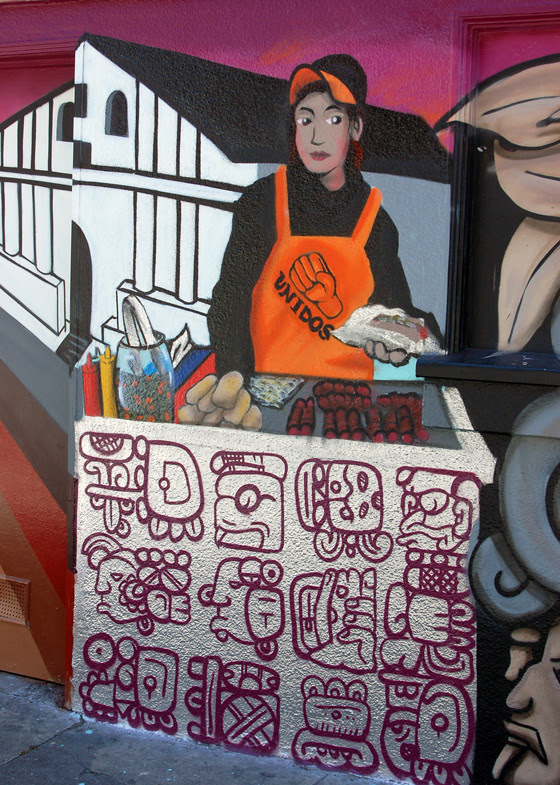 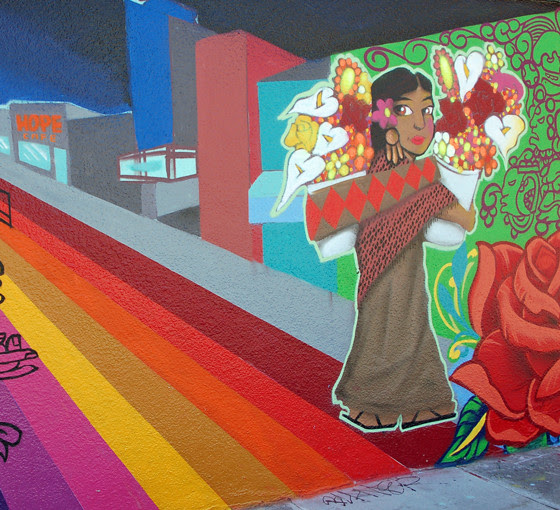 The soft gauzy style in which the vendors are rendered makes a nice change from some of the Mission's trite political murals. 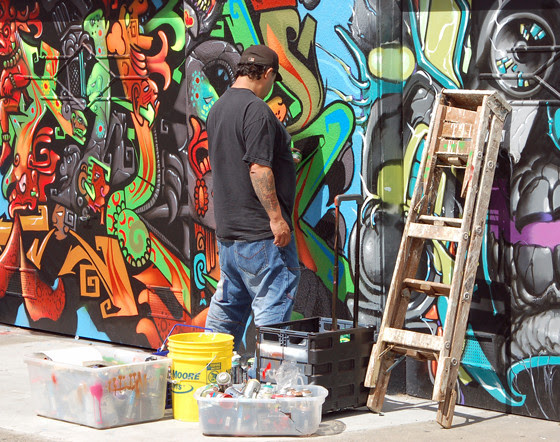 Around the corner, the artist indulged his own more baroque, Mayan-influenced imagination.

The whole project is an effort at graffiti prevention according to the property management, much encouraged by the San Francisco Arts Commission.
Posted by janinsanfran at 4:00 AM