As we drove across the border from Utah into Nevada on Route 50 a couple of weeks ago, we were confronted by this: 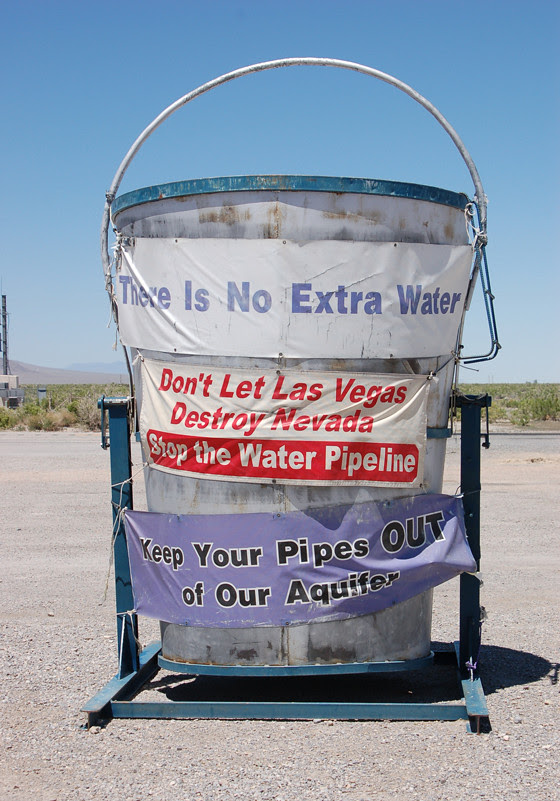 Because friends and co-workers wrote a report on Nevada water issues back in 2006, I recognized what this might be about.

During the housing boom, Las Vegas (and Reno to some extent) were epicenters of rapid construction and sprawl. All those new people needed water.

That was not an easy problem to solve: Nevada and neighboring Utah are mostly desert. Developers sought to extract as much water as they could from the public and private lands of the Great Basin, the broad expanse of land between the Sierras and the Great Salt Lake. Water agencies had an interest in satisfying the developers. The people who live where the water was supposed to come from were resolutely opposed to letting it go, contending that any lowering of the water table would destroy their way of life. Hence the bucket. 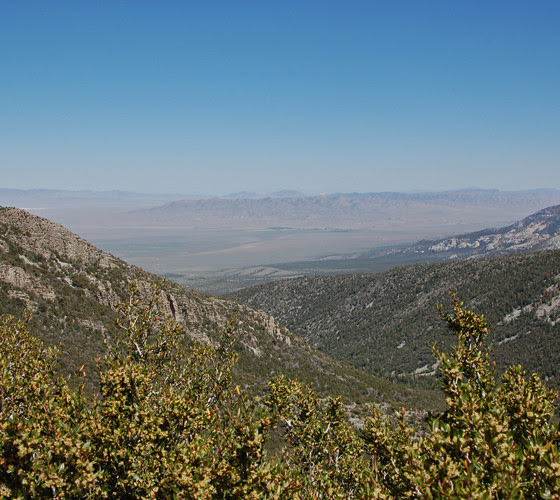 That's a view of the arid Great Basin from a shoulder of adjacent Wheeler Peak.

Water laws in the West are complex and a perennial source of conflict. Without going into the ins and outs of all this, suffice to say that the local people went to court. So far (with an assist from the recession), they have fought off the water grab, winning at least a delay. 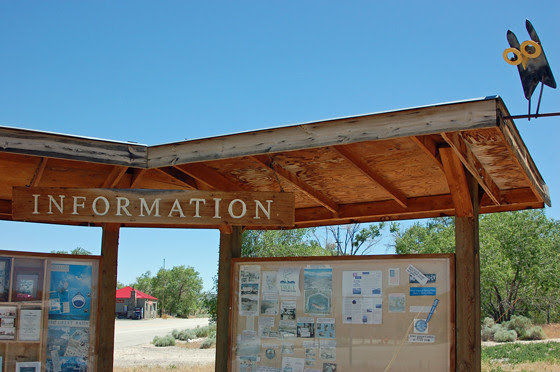 In the tiny town of Baker, there was an information display, explaining residents' campaign to keep their town viable. 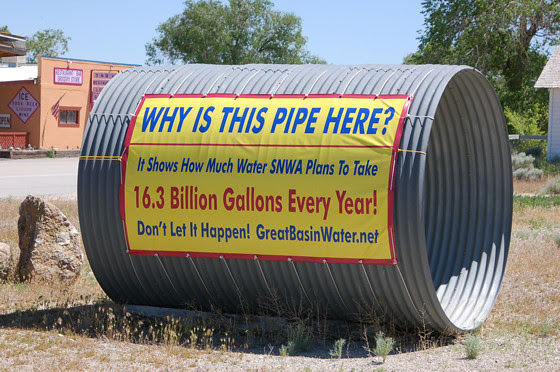 Folks want to make sure that everyone who goes by knows what the fuss is about. 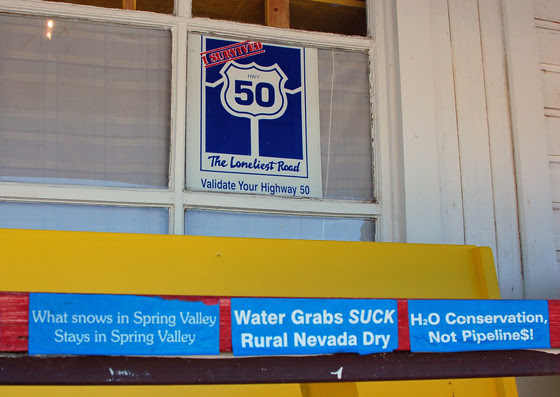 The store in Baker can supply your "water grab" bumper stickers for all occasions. These folks aren't about to let the Snake Valley be sucked dry. They explain their point of view:

Located five hours from Las Vegas, four hours from Salt Lake City, and seven hours from Reno, it would seem that Snake Valley is far enough away from the beaten path that it can continue as a secluded, peaceful place. ...

The people who live in Snake Valley live modest lives, balancing modern amenities with limited natural resources. The pipeline proposal would greatly upset the natural ecosystems, which rely heavily on the scarce water bodies found in the valley. Even a small drop in the water table can stop springs from flowing, kill off plants, and harm wildlife. ...

We loved Snake Valley too and hope to go back to hike in Great Basin National Park.
Posted by janinsanfran at 3:00 AM