Now I know why I run 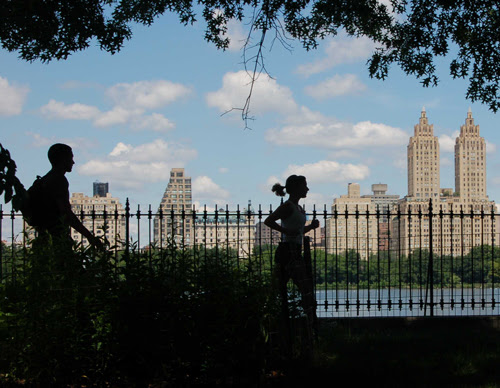 Your brain, you will be pleased to learn, is packed with adult stem cells, which, given the right impetus, divide and differentiate into either additional stem cells or baby neurons. As we age, these stem cells tend to become less responsive. They don’t divide as readily and can slump into a kind of cellular sleep. It's BMP [bone-morphogenetic protein] that acts as the soporific, says Dr. Jack Kessler, the chairman of neurology at Northwestern and senior author of many of the recent studies. ...

But exercise countermands some of the numbing effects of BMP, Dr. Kessler says. In work at his lab, mice given access to running wheels had about 50 percent less BMP-related brain activity within a week. They also showed a notable increase in Noggin, a beautifully named brain protein that acts as a BMP antagonist.

The more Noggin in your brain, the less BMP activity exists and the more stem cell divisions and neurogenesis you experience. Mice at Northwestern whose brains were infused directly with large doses of Noggin became, Dr. Kessler says, “little mouse geniuses, if there is such a thing.” They aced the mazes and other tests.

And here I thought my running was for vanity and a striving after wind.

Yes, those beautiful young things running above were photographed (by me) in New York's Central Park. I don't look nearly that efficient as I plod along. But I get there.
Posted by janinsanfran at 10:50 AM