My Congresswoman shows a glimmer 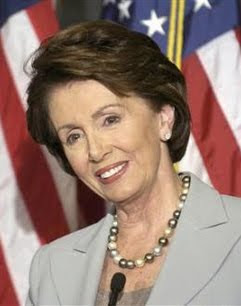 Because Nancy Pelosi's real constituency is the Democratic caucus in Congress, those of us she nominally represents -- because we can and do (mostly) vote for her -- often feel under-represented. I certainly have.

But sometimes even if inelegantly, the Congresswoman lets us know she understands which end is up:

"It just can't be that we have a domestic agenda that is half the size of the defense budget," [Pelosi] said. "If you take away entitlements, the domestic discretionary non-defense budget is about half the defense budget, and maybe that's what we need to protect the American people. But in terms of the war now in Afghanistan, which is a growing part of it, that we have to say how can we carry this and can we carry this on the backs of children's nutrition. I'm not even talking about unemployment, there's so much else that is at stake."

Wars and more wars and military bases everywhere are luxuries we simply can't afford if we want to feed kids.

Okay -- so now do something about it Congresswoman!