Church, State, Episcopalians and liberty for all 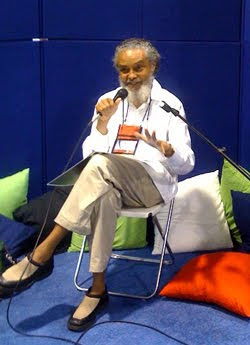 When I first reestablished a membership in a church about 10 years ago, one of the obstacles to my whole-hearted commitment to the community was its custom of hanging a monster American flag in the side aisle at this season. When I had gotten to know the gentleman (a volunteer, not a clergy person) who appeared to have been in charge of everything that had to do with appearances for the last 50 years, I ribbed him about it: "Hey -- I usually want to burn those things ..."

He replied a little huffily: "Well, a lot of us are veterans!"

I should add that he didn't seem to hold our differences against me. Like most people in our little parish, he'd seen too much to hold a grudge about a difference like this.

Later the parish briefly had a new priest who I mostly thought was entirely wrong for the place, but he did one good thing: he got rid of the flag display custom. Endless, senseless wars have, I think, dampened any enthusiasm for bringing it back.

The little branch of Christendom I'm affiliated with, the Episcopal Church, can easily get a little muddled about its relation to the state. After all, it is the descendant of the official, established, Church of England and came into being after the U.S. Revolution as the local replacement. In much of the country for the first hundred years or so of U.S. history, it was the church of the ruling class despite the Constitutional wall of separation between church and state. More U.S. Presidents (11) have been Episcopalians than anything else (Presbyterians come in next with 10). We produced some good ones like Washington and FDR and also our share of duds like Chester Arthur and Gerald Ford. Nowadays we're only around 2 percent of the population, but this church used to be at the center of political life.

Given this history, it is not surprising that week in and week out, in various words, we pray for the President (I love pronouncing the name "Barack" [Mr. Blessed] in this context) and "all in authority." Can't hurt. Might help. We also pray for justice and peace, which I like to think improves the odds.

Another peculiarity that comes from the history of close identification with the U.S. state is that we have a prescribed prayer for Independence Day, for July 4. Since this only occasionally falls on a Sunday, it doesn't come up for use very often. In fact I wouldn't have thought of it if I hadn't read that the Honorable Byron Rushing, a Massachusetts State Representative and also a highly respected Episcopal layman has reminded us that

... many of us do not consider the words -- "the founders of this country won liberty for themselves and for us" -- in the Independence Day collect [prayer] ... to be accurate. Look around your congregations and reflect if all the ancestors of the "us" got their liberty then.

... Give to the people of our country a zeal for justice and the strength of forbearance ...

Yup -- when you are a nuclear armed super power, forbearance seems like a good idea.

We're not likely to get into any of this heavy stuff at church today. We're having a barbecue and hoping the San Francisco fog will clear, partying as we send a loved clerical leader on to whatever comes next for him. Independence Day celebrates summer this year. I'll take it.

Photo of Byron Rushing at General Convention, 2009.
Posted by janinsanfran at 3:00 AM