Beyond righteous protest, where to look for leadership 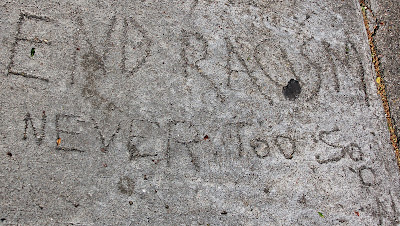 Black people will be central to leadership of political change in the United States or we won't go forward.

Such an assertion is taboo in many quarters. It's simple-minded; it doesn't capture the nuances between and within communities; it makes white people uncomfortable. None of that makes it false.

I'm writing this because someone named Conor P. Williams, in the wake of Mike Brown and Eric Garner's death by cop, has offered some well-meaning reflections on the failure of "progressives" to consistently take in that police violence toward communities of color is an embedded norm in our national life. (He goes after conservatives too, but their cruel and crude racism needs little elucidation.) What he has to say catches an important truth about historic movements that have made this country a better place -- and elides a central reality of how the more successful ones have won some victories.

To be an American progressive—going back a century to Herbert Croly and John Dewey—is to believe that the United States' institutions can be made better to fit American ideals. To admit that something can be improved, of course, is to admit that it has fallen short. Which is why progressives have always led American fights against racial injustice.

But since progressivism has always been about redeeming the American experiment, it can also be blind to how tightly our ugliest national sins are interwoven with our national institutions. ...To admit that the problem of police violence is deeply embedded in who we are as a nation is to face the possibility that earlier progress was vastly insufficient in solving the problem. Worse still, it may indicate that the project of becoming a better America is itself flawed. ... perhaps their radical leftist critics have been correct all along—perhaps real justice requires overhauling the whole American system.

Announcing outright that the progressive project is rooted in "redeeming" a nation that is believed to be self-evidently worth saving is necessary. There's a lot of energy, good will, and hope in that perspective. Williams has named the wellspring of much progressive political action, especially but not only among whites. This isn't just naivete. Hope in perfectibility, even if weakly grounded, is part of what makes us human. Whether this is good enough is what arguments between reformists and revolutionaries going back way before John Dewey have been all about.

But for all his good intentions, it feels as if Williams is erasing the story of African American action within those debates. If we take seriously that African Americans were central and essential to past reductions in racial injustice, we need to look at a wider spectrum of political positioning than can be captured by a "conservative," "progressive," and even "radical" typology.

Sure -- there have been "progressive" African Americans who struggled to make a fundamentally good country act on its better impulses. We have one of those in the White House. Danielle Allen in Our Declaration seeks to unleash power from this positioning.

And there have been "revolutionary" African Americans who have spoken aloud both intellectual and visceral condemnation of this nation; think Malcolm X in some modes, Marcus Garvey, Zora Neale Hurston, among many often side-lined voices.

But there have long been African Americans who struggled for justice while knowing in their bones that this was a country birthed in violence and oppression, in evil, yet they recognized no alternative but to make something of it. Think of Frederick Douglass, born a slave, who denounced President Lincoln's equivocations on slavery and pushed and prodded him in the direction of abolition. Douglass celebrated Lincoln as a "white man's President, entirely devoted to the welfare of white men" who nonetheless allowed himself to become the instrument "to free his country from the great crime of slavery." That's naming the contradictions -- and Douglass didn't let those contradictions stop him.

If anything is ever to swing this monstrous empire within which we live in the direction of equality and freedom, leaders are going to have to be people who can bear knowing and articulating the worst of us -- and yet can carry the determination that they have no choice but to struggle to make us better. I feel pretty darn sure Dr. King was like that.

Outrage over Ferguson and over the Staten Island grand jury farce, is bringing people who can embody more nuanced perspectives to the fore. I hear this from grass roots organizers like Alicia Garza and Patrisse Cullors. (There's a San Francisco bias here -- if I were located elsewhere, I'm sure I'd name others.) There's nothing equal to a youthful Black, female, queer perspective to force the truth to the surface that nobody is going to offer justice on a platter. I see this in writers like Ta-Nehisi Coates and Charles Blow who stare at the monster in full view of an unsympathetic public. I do not currently see political leadership -- Black, of color, or white -- that straddles the reformist/revolutionary divide as great leadership must.

But I am damn sure that US history tells us from among whom such leadership might arise. That's what I take from current uprisings.
Posted by janinsanfran at 9:54 AM

The issue is we have a nation where the majority rule-- with the protection of a Constitution which is only interpreted by a Supreme Court (currently partisan controlled). Whatever might be ideal, we have to face a reality of what is.

There are cultures where lying/cheating/stealing is okay as long as it's not to your own tribe. Who of us accepts that here? Our set of beliefs, from the beginning has been to work for what we get, either hard labor or education, but we have also had a belief we take care of those who are old, weak or sick. Do we still believe any of that? To claim we are a Christian nation is kind of ridiculous given how we have gone so far from the Sermon on the Mount.

The very idea that we should have blacks have a say in what we do is kind of implying they have an agenda different from whites. Do they? Not the ones I've known well, but then the ones I have known well are culturally very similar to me. If they are not, what does that mean?

I know one thing, if anybody wants Al Sharpton to be running things, I am on the other boat. Once upon a time, in a primary, I voted for Jesse Jackson but that was before he made race his main agenda. I also donated heavily to Obama but it was because he didn't run as a black but as a man.

Maybe blacks do need positive leadership but are they going to get it from the ranks of current famous blacks? Progressives might like that idea until they get to someone like Ben Carson.

What I have seen lately is that the police are over the top but not just for blacks. It's just they saw it happening to them first. I heard that a long while back-- ignore what happens to your brother and watch it get to you. That's where it seems we are. I still am unsure what we can do about it since it seems like a mold that has permeated our bottom layers. :( We thought we were voting for a man to change things. I don't blame him for all of this but he has some responsibility for putting the big money interests ahead of everyone else. It's not hard to understand how it happens but it is frustrating and if anybody thinks Hillary will be better, look back at the Clinton record and what Elizabeth Warren said about trying to work with her................