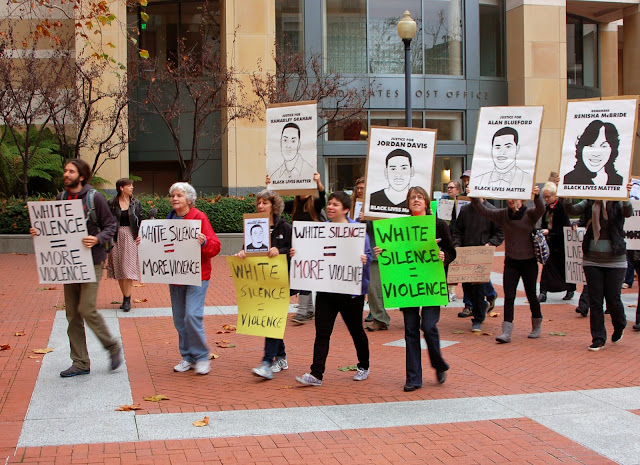 A small group of dedicated activists held a Human Rights Day demonstration outside the Oakland Federal Building yesterday. Chanting "White Silence = Violence," the protesters walked peacefully up to an entrance. The Federal Protective Service which guards the place inconvenienced employees arriving for work by locking doors wherever demonstrators came near.

Though witness to a too often ignored UN document brought them here, the killing of Mike Brown, Eric Garner and so many other Black people inspired the action. 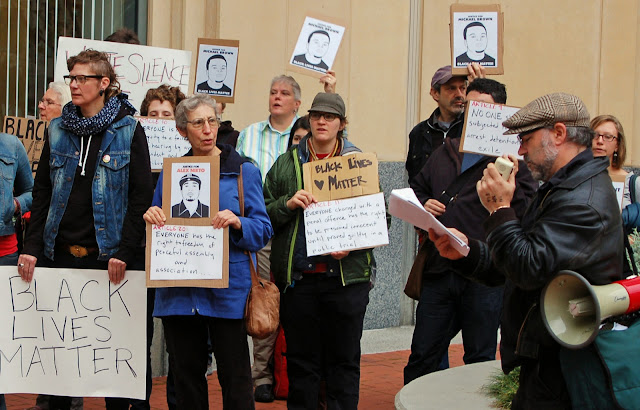 Protesters read aloud from the Universal Declaration of Human Rights passed by the UN General Assembly on December 10, 1948 while holding placards for each clause. 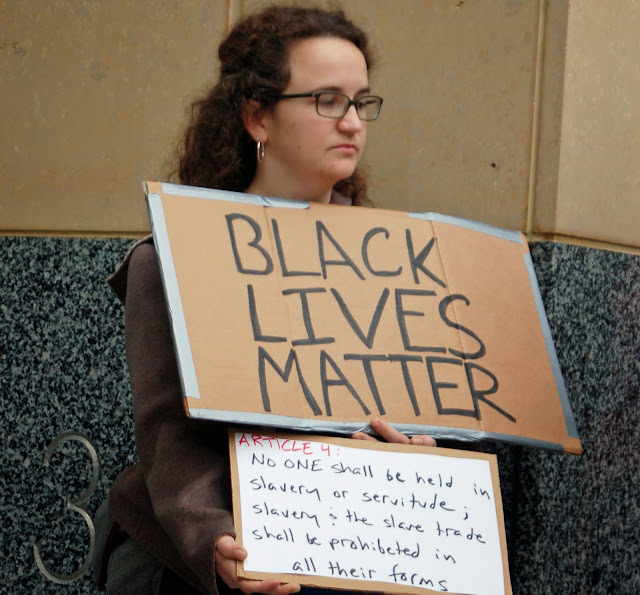 "No one shall be held in slavery or servitude; slavery and the slave trade shall be prohibited in all their forms." That's Article 4. 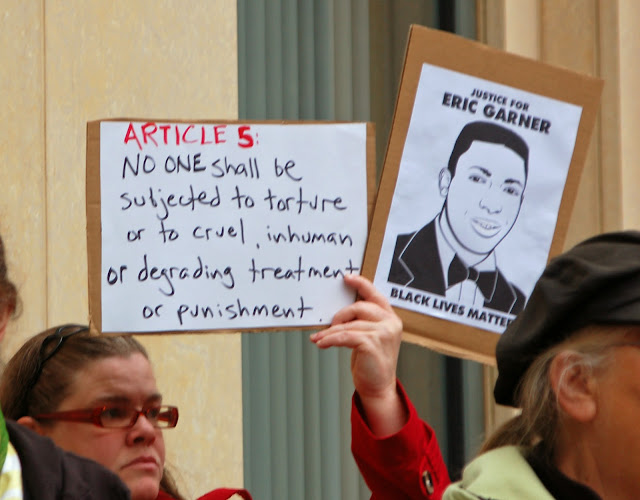 "No one shall be subjected to torture or to cruel, inhuman, or degrading treatment or punishment."

This little witness was far more moving than I'd expected it to be. I was feeling the power of a larger movement; something is happening here.
Posted by janinsanfran at 5:00 AM

I sure hope so.