The bad apples were at the very top 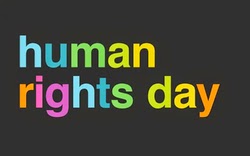 In the context of the release of the Senate Intelligence Committee's torture report, there's a lot of sympathy being expressed for U.S. officials who had to figure out how to respond to the terrorist attacks of 9/11. Senator Feinstein is understanding toward the CIA, though she blasts them later.

In the report’s foreword, Ms. Feinstein said she “could understand the C.I.A.'s impulse to consider the use of every possible tool to gather intelligence and remove terrorists from the battlefield, and C.I.A. was encouraged by political leaders and the public to do whatever it could to prevent another attack.”

The President empathizes with his predecessors:

“The previous administration faced agonizing choices about how to pursue Al Qaeda and prevent additional terrorist attacks against our country,” Mr. Obama said. “As I have said before, our nation did many things right in those difficult years. At the same time, some of the actions that were taken were contrary to our values.”

To which I call only say a loud BULLSHIT!

In the terrible aftermath of the 9/11 attacks, responsible leadership would have told the nation that, although we'd suffered a terrible wrong and thousands had died in the terrorist attacks, this was the time to display our best values. We were still strong; a made-for-TV movie should not be enough to budge us off our center. We had the protection of two oceans, a tough people, and the wealth that would enable us to seek justice, not revenge. In conjunction with our friends around the world, we would go to any lengths to capture the perpetrators of the crime and then give them what they didn't give the victims of their hatred: a trial and a just sentence.

But no. The leaders of this country, most especially a callow Bush and the vicious Dick Cheney, saw only the opportunity to pursue imperial dreams -- including using our unequalled military force to overrun, occupy and remake countries that had nothing to do with 9/11. And so we have come this place in which the ordinarily CIA-friendly Diane Feinstein takes to the Senate floor to denounce torture.

This is and has always been simply sickening.

Nobody does outrage better than Andrew Sullivan (now that he's recovered from Bush-enabling) so I'll outsource the rest to him. Emphasis is mine.

If the Obama administration refuses to bring these war criminals to justice, it will effectively render moot any international efforts to curtail torture anywhere in the world. It will be arguing that crimes as grave as these need have no legal consequences. That, simply speaking, ends the United States’ participation in the civilized world, and removes any standing for us to criticize any foul despot anywhere who uses torture techniques as hideous as the ones we are now reading about.

Is that the legacy Obama wants? That he made the world safe for torturers?

***
... Once you have decided to go down the path of torture, it’s essential that you continue to believe it must be useful. It’s psychologically very hard to admit you have been doing unspeakably evil things for no reason at all. And so all torture regimes contain self-serving lies. There are none that are halted half-way through for ineffectiveness, because that would expose those already neck-deep in barbarism to blame, and even legal consequences. And so the usual pattern is to double-down, to keep insisting that every single act of torture saved lives, even as it gave us no serious or reliable intelligence. These are the patterns of authoritarian and totalitarian states where torture reigns. And they are the patterns that George W Bush imported into the very heart of American democracy.
***
... The barbarism was the very opposite from a few bad apples at the bottom of the pile, as they tried to persuade us at Abu Ghraib. The bad apples were at the very top of the chain of command, rotting this country’s reputation and honor from the top down. And those begin with Bush and Cheney and Tenet. They are now wanted men. And they will go abroad again – at their legal peril. And so America becomes a legal sanctuary for war criminals. As long as they are our war criminals.

Can only add Amen. I tried to read the report and only could go so far before giving it up. Anyone who would authorize that kind of treatment of other humans better check their humanity at the door :(. There should be consequences and not just the bottom tier.

Hear hear. I'm going to link this to my blog.