Several thousand of us marched down Market Street in San Francisco on Saturday. 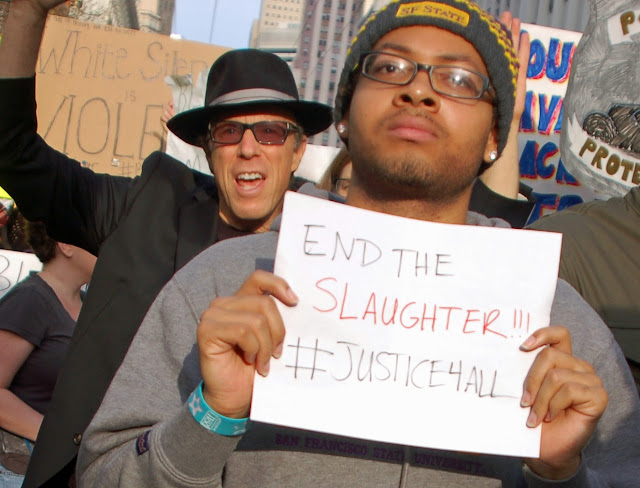 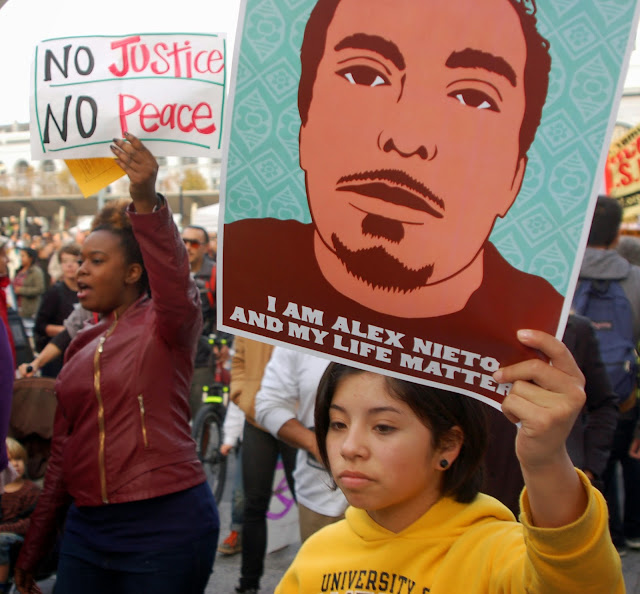 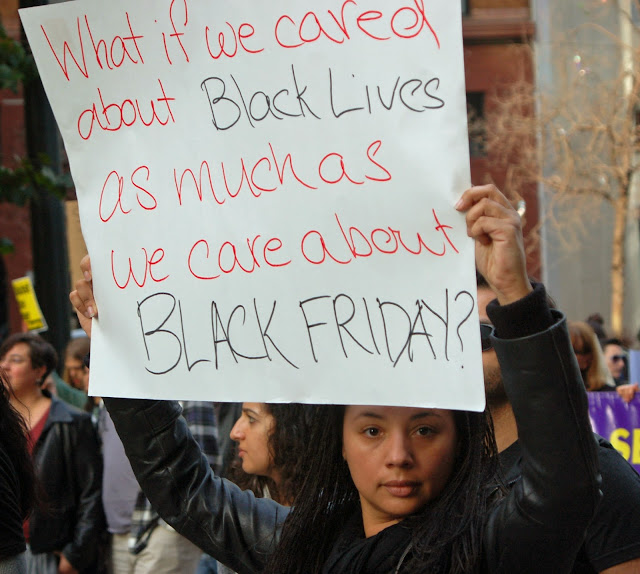 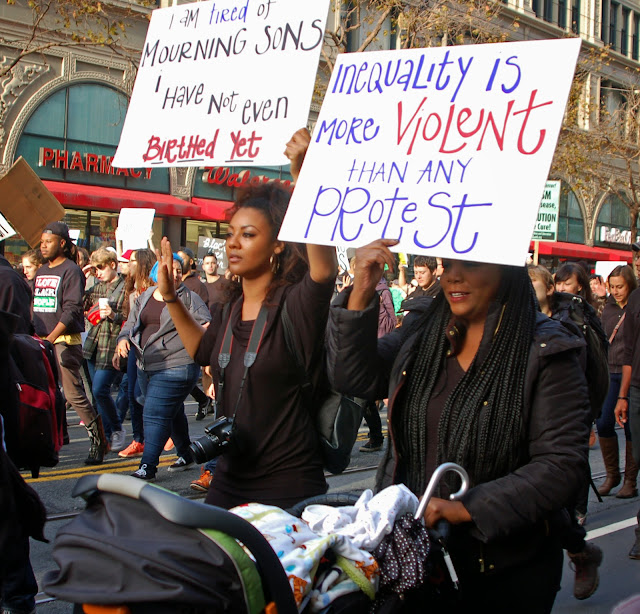 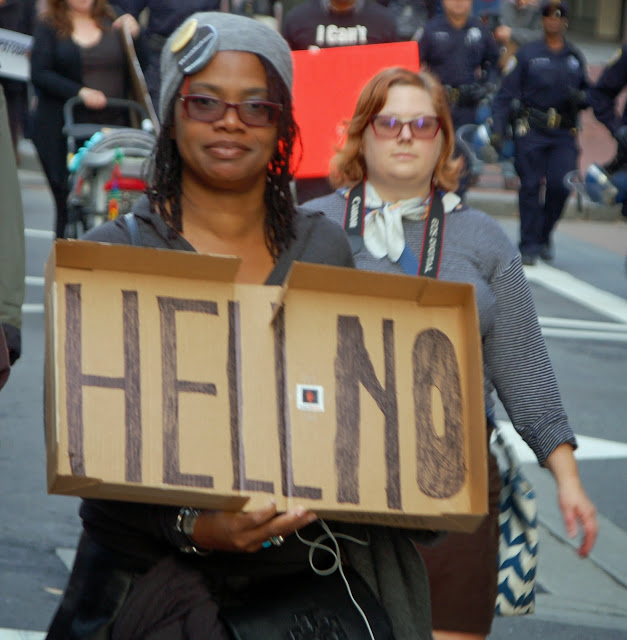 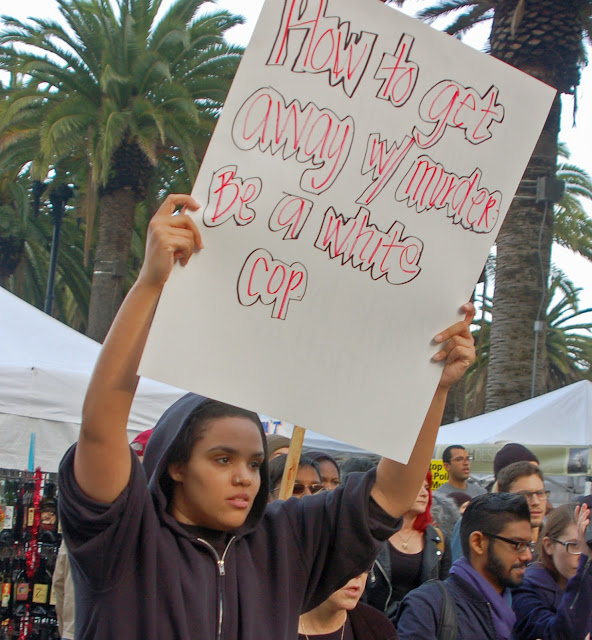 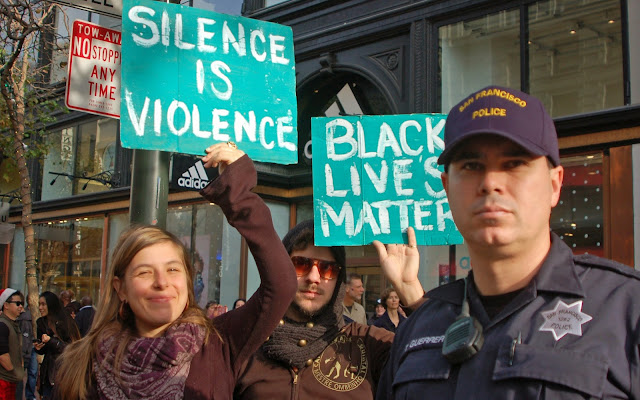 ***
As we started up Market Street, I was apprehensive. I too frequently feel as if I've been marching about one atrocity or another for nearly 50 years -- because I have. It gets demoralizing. But this day had a determined energy I haven't felt in a long time.

Several times the crowd halted to "die in" -- lie on the pavement for 4 and a half minutes, reminiscent of the 4.5 hours that Mike Brown's body lay on the asphalt in Ferguson, MO after he was shot by Officer Darren Wilson. The sound system played a recording of Eric Garner's last words as he was choked by Officer Daniel Pantaleo on Staten Island lst July: "I can't breathe. I can't breathe. I can't breathe..." Eleven times, Garner repeated this while police officers pressed his restrained body into the sidewalk. Then he died.

There are a great many of us who are not going to let the powers-that-be silence us, for all the Mike Browns, the Eric Garners and for San Francisco's own Alex Nieto.
Posted by janinsanfran at 5:00 AM