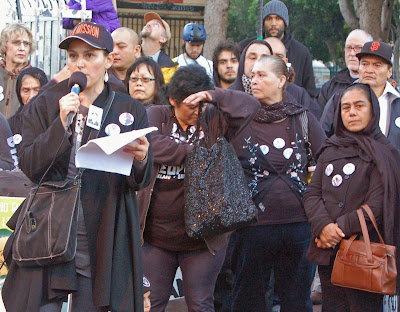 At 24th and Mission yesterday, Adriana Camerena spoke to a small crowd gathered to walk to the Bernal Heights site. Behind her stand members of other families who have lost relatives to police shootings. 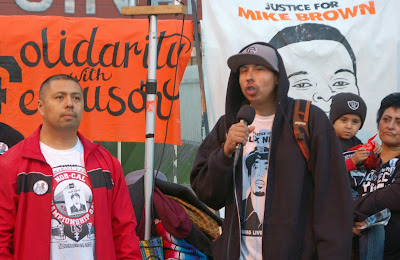 Friends of Nieto recalled his last Christmas, driving with him up and down Mission Street in a low-rider, singing and waving to passers-by. 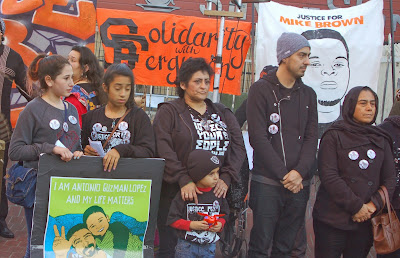 These people are the families of Antonio Lopez, shot by police in San Jose, and of Yanira Serrano Garcia, killed in Half Moon Bay last June, only 20 seconds after an officer arrived to answer their call for help getting her to take her meds. 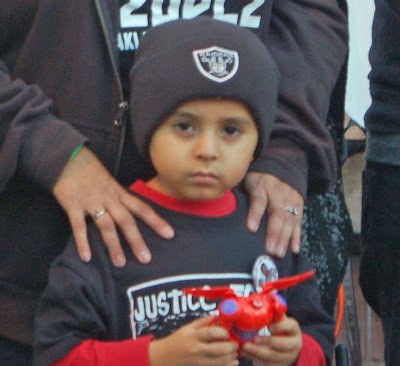 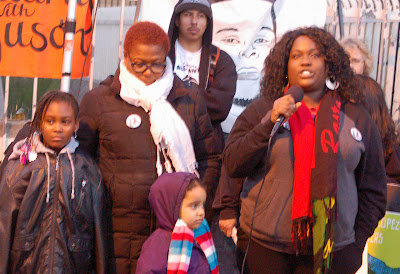 Relatives remember O'Shaine Evans, killed by the SFPD in October while the officers were patrolling for car burglars. 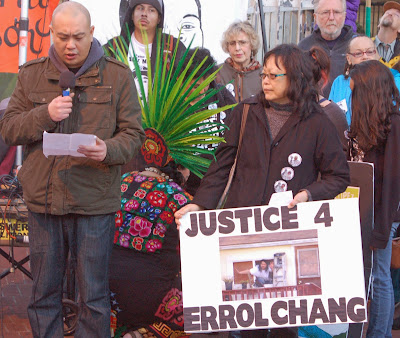 Errol Chang was another victim of law enforcement officers murderously substituting shooting for mental health assistance. Calling the police for help can be deadly. What are families to do? 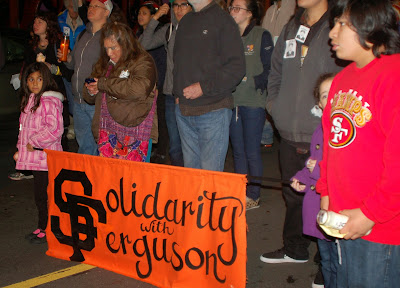 The walk through streets was both somber and angry. Too many police shootings! Too little justice! People need help, not police acting like an unaccountable gang with guns.
Posted by janinsanfran at 8:23 AM