In favor of requiring body cameras on cops 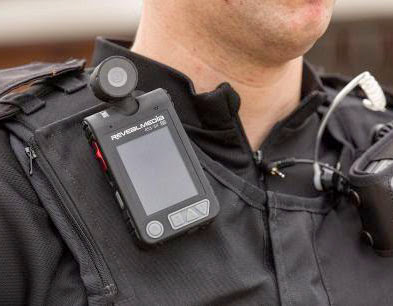 Many of my friends may disagree, but I think demanding that cops be equipped with body cameras -- and that cops keep the things turned on! -- could, over time, significantly reduce the level of police violence against citizens.

Lots of good folks are skeptical. One variety of skepticism comes with lots of evidence: we have all learned, bitterly, that most of us see what our biases condition us to see, and therefore that body camera evidence might not break through. After all, we all saw Eric Garner choked -- but somehow a grand jury didn't see homicide. Or, two decades ago, we saw Rodney King beat within an inch of his life -- but a jury in Simi Valley didn't see any police officers doing wrong.

Kevin Drum writes a good discussion of how cognitive science shows that "motivated reasoning" determines what we see. There are plenty of experiments to confirm this. (This article is the source for the picture which probably derived from a sales brochure?)

But I wonder whether our biases can be at least partially unlearned. Sure, we see what we expect (and desire) to see. But all my hours watching football on TV -- watching replays of close plays -- have convinced me that we can learn to be more unbiased observers. When the officials review a dubious catch, as a fan I want my guy to have corralled the ball. And I'll tend to think I saw him catch it. But after years of seeing these films, I have learned to focus narrowly on the specifics that determine whether there was really a catch -- did the ball hit the ground, if so did the player control it, etc. Watching the replays has carried over into watching in real time; I am more and more likely to have seen what replay officials rule when they view the film. This is not natural. It is a result of having learned to focus on the critical variables and to screen out my natural biases.

These days, everyone videos everything. One of the frustrations of photographing protests is avoiding shots cluttered with hands waving phone cameras at the action. Most of the resulting clips are so jumbled as to be incomprehensible. But we did see video of Oscar Grant shot by a BART cop; we did see Eric Garner jumped and choked. And we all learn.

This is becoming a more visually sophisticated society. I think, as with football replays, exposure is teaching us to focus on what matters. And a society that focuses on what matters can stop police violence.

Cops brutalize and kill Black, brown and crazy people because they believe they are charged with protecting "society "-- the good, the white, the conventional people -- from "those people." A requirement that shows what this means, death and mayhem, is all to the good. A reform that creates a presumption that "the camera didn't work" means probable misconduct is all to the good. (I'm old enough to remember cops taping over their name badges when they set out to beat queers.) Only justice for everyone will stop police violence, but more required cameras can help; this seems a worthwhile incremental reform for some people to fight for.
Posted by janinsanfran at 7:55 AM